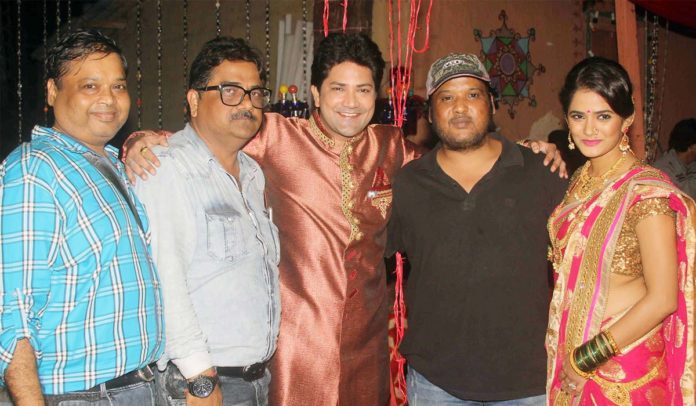 Many Marathi films of recent times have been popular especially for their unique titles. Another addition to this list of unique Marathi movie titles is ‘Majhya Baykocha Priykar’. Produced under the banners ‘Rajkala Movies’ & ‘Baba Motion Pictures’, ‘Majhya Baykocha Priykar’ is directed by Rajeev S. Ruia. The story of this film is based on family relations & also has a flavour of comedy. Overall it can be called a ‘Masala’ entertainer!

The film stars Aniket Vishwasrao, Bhagyashree Mote, Anshuman Vichare, Priya Gamre, Priyadarshan Jadhav, Bharat Ganeshpure, Anupama Takmoge & others. The producers of the film are Pradeep K. Sharma & Deepak Ruia. In all there are four songs in the film.

There’s also an item song among the four, starring Meera Joshi. The film has been shot at Bhor & Mumbai at film city. Currently the film is in post production stage & the producers wish to release the film very soon as the work is completed.