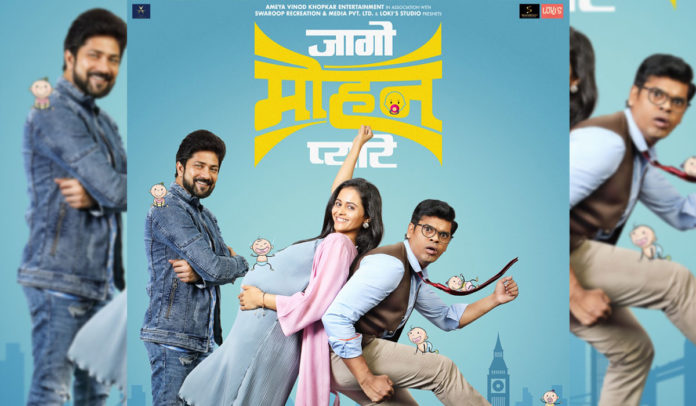 One of the most popular Marathi plays of the 21st century, ‘Jago Mohan Pyaare‘ is all set to be adapted for the big screen! The play gave actor Siddharth Jadhav his first taste of stardom! And now along with Aniket Vishwasrao and Deepti Devi he is coming to meet us on the big screens!

Presented by ‘Swaroop Recreations and Media’, ‘Loki’s Studio’ & Amey Vinod Khopkar ‘Jago Mohan Pyaare’ is being directed by the super talented actor turned director Priyadarshan Jadhav! After the super success of ‘Maska‘ this will be his second film as a director. The film is produced by Amey Khopkar, Akash Pendharkar, Sachin Narkar, Vikas Pawar, Sachin Lokhande, Atul Tarkar & Vikram Barwal. 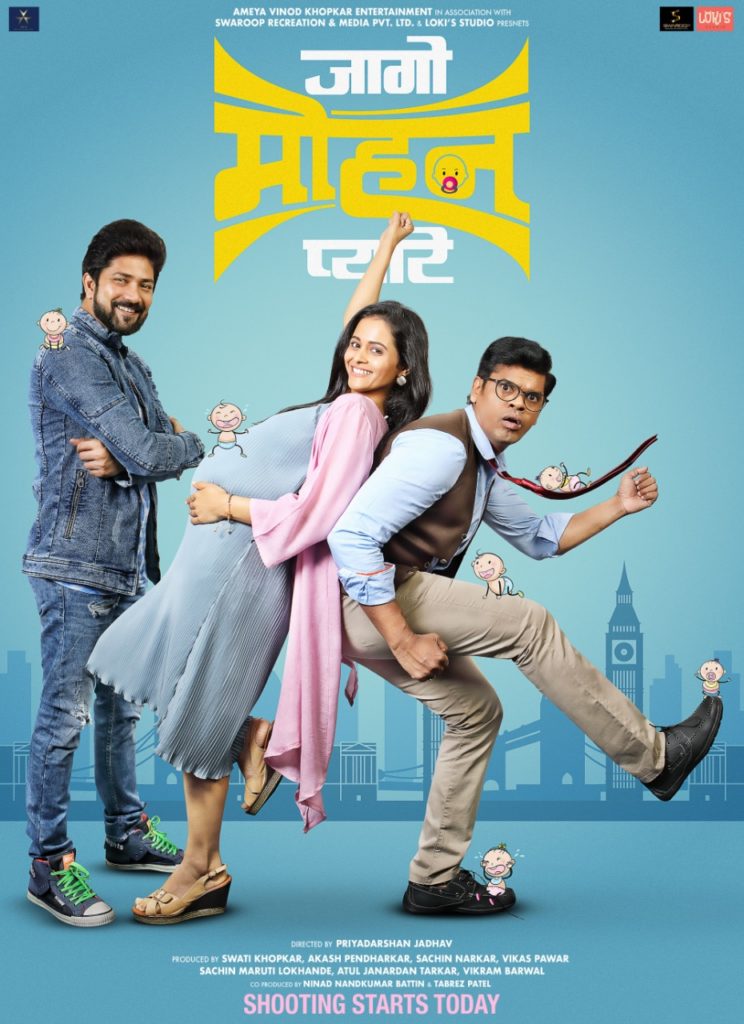 Siddharth Jadhav will be reprising his role of ‘Mohan’ in this film, which he played in the play first! It would be interesting to see the chemistry of a fresh trio; of Siddharth Jadhav, Deepti Devi and Aniket Vishwasrao! Priyadarshan Jadhav himself has written the adapted screenplay of the film. The poster release of the film has already garnered lots of love and excitement for the film, which is only going to increase in the near future.