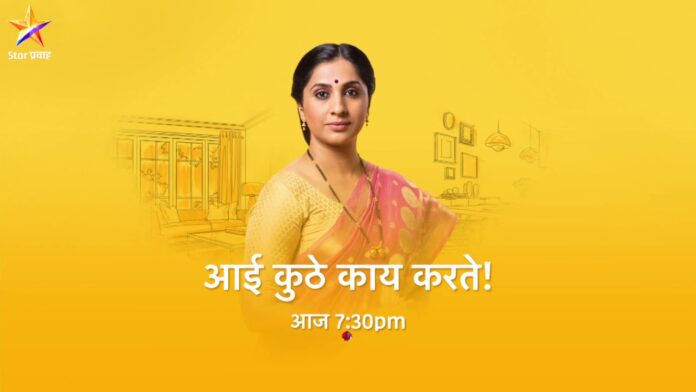 A middle-aged housewife Arundhati has dedicated her life to her husband and children. Realising that her efforts were in vain, as nobody recognises or appreciates her work and sacrifice as a housewife, she sets out instead to carve out her own identity.

She realises that her family, except for Yash and Appa, don’t respect her. During a competition at Isha’s school, she takes Sanjana (Anirudh’s colleague & love interest) with her by feigning Arundhati’s illness, while Arundhati arrives unexpectedly to win The Best Mother’s Title. Later, the school authorities offer her a job. She takes it but is not able to perform it well due to her family obligations. Here Abhishek, her elder son, is in love with Ankita, the daughter of a very well known doctor couple. Ankita’s mother refuses to accept their relation due to education status of Arundhati, because of which Abhishek agrees to leave the house and to become a Gharjavai but Arundhati brings him back promising to look into the matter. After that, in a frustrated state Abhishek comes home drunk. Arundhati talks with Revati (Ankita’s mother) and she agrees for the engagement ceremony of Abhishek and Ankita. Meanwhile, Sanjana and Anirudh continue their relationship when Kedar (Anirudh’s brother in law) accidentally comes to know about it, he tries to tell Arundhati, but because of her blind belief and trust on Anirudh, he just warns Anirudh and stays quite. Yash bumps with a girl name Gauri and falls in love with her on first sight. Gauri is Sanjana’s niece from USA. Revati puts an absurd wish in front of Arundhati to give a single solitaire ring to Ankita, Arundhati buys it for Ankita after selling the jewelry which she got from her own mother in her wedding.

The ring gets stolen. Later, it is revealed that Neelima stole it. A boy name Siddhu harasses Isha, Arundhati takes the matter in her hands and punishes him. Abhishek and Ankita get engaged without Arundhati’s presence. Sanjana comes to Deshmukh’s house in the night along with Nikhil stating that Shekhar had beaten her up. Arundhati being kind, offers for her to stay for some days while Kanchan is unhappy about it. When Kedar comes to take Meenu, he comes to know about it and warns Sanjana. Next day due to Sanjana’s son’s lie to her that Kanchan beats him, Sanjana insults Kanchan. Seeing this Arundhati throws Sanjana out of the house which creates a misunderstanding between Anirudh and Arundhati. Later, Anirudh throws Arundhati out of the house at night. Arundhati finds her friend Devika, Devika takes Arundhati at her home and explains her that her family is taking her granted. Arundhati decides to create her separate identity but next she forgets everything and start beheaving life before. A very Next Day A Pandit comes to Deshmukh’s House to talk about Shravan Pooja but Yash Decides to do Remariage of Their Parents on this pooja as their 25th Anniversary was arriving. Everything Aggress for that except Aniruddha later everyone convince him and he agrees. Learning this Sanjana also decided to get Married to Anirrudha on his weeding day with Arundhathi in Temple before their Marriage but on Marriage day Anirrudha not goes to Temple because Kedar Stops him. Angry Sanjana comes to Anirrudha house to tell Arundhati truth of her and Anirrudha’s Affair but Anirrudha Stops her and express his love towards her in Arundhati and his bedroom and Arundhati sees that. After that she falls unconcious and goes mad. but soon recovers and decides to teach Aniruddha lesson of his Betrayal and she starts living on her own terms.

Yash and Isha also learn truth and ask Anirrudha reason of this. Later Anirrudha decides to Start her Singing again and also learn also the thing that she remained to learn like driving car, Teaching etc. Now she changes her Attitude towards Anirrudha Questions him for everything. Anirrudha tries to get out of this situation and decides to spend time at a resort in lonvala by lying Appa and Kanchan that he is going for office work to hyderabad. Later Arundhati’s Friend Devika gifts her three day ticket to lonawala whole Deshmukh Family decides to go lonvala. Whole Family reach Lonavala and they are at the same resort where Anirrudha and Sanjana are. Anirrudha Plans for Sanjana’s Birthday Surprise and he call each and every guest of resort of Sanjana’s Birthday Party but he doesn’t knew that his family is also in this resort. As Sanjana’s Birthday Party Anirrudha Proposes Sanjana and whole Deshmukh Family Sees this. After Seeing this Kanchan and Appa slaps Anirrudha and Blames him and also asks For Forgiveness from Arundhati. Aniruddha blames Arundhati for this situation.

Next Day Kanchan Calls Sanjana at their himd and insults her and Appa decides that he will do all his property on Arundhathi’s Name and this negative situation in house Isha leaves the house and later is Kidnapped by a Gang but shekhar (Sanjan’s Husband) saves her. After so much Drama Anirrudha decides to leave the house and go to Sanjana’s home but he was not comfortable at Sanjana’s home because She was not cooking like Arundhati and he had to ate Bread Butter at her home. As Diwali was arriving Everyone was preparing for that on the day of Laxmi Pujan Anirrudha tells Sanjana that his Family will not do Laxmi Pujan Without him but Appa tells that Arundhati will do Laxmi Pujan and after getting that Arundhathi done Laxmi Pujan he gets Angry and decides to Divorce her.Aniruddha reaches Sanjana’s home and gets extremely angry when he sees Shekhar and Sanjana together with Nikhil.At the Day of Bhaidooj Kanchan’s Brother Tatya arrives and family try to hide Anirruddha’s Secret so they invite him to home. After coming home Anirdudha decides to teach Arundhati a lesson and Tatya tells him to do all household chores.