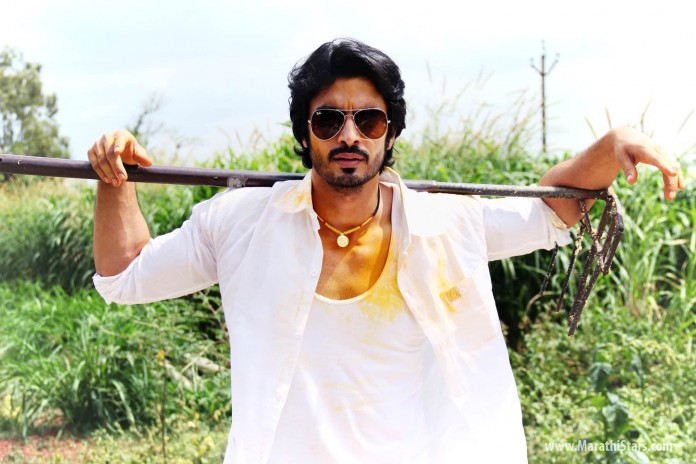 Gashmeer Mahajani, son of handsome actor Ravindra Mahajani is ready to rock Marathi cinema with his first Marathi film “Carry On Maratha”. Gashmeer is a renowned theatre artiste and chorographer. He runs his own dance institute at Pune. After doing some experimental theatre Gashmeer is entering into filmdom with a light hearted romantic comedy directed by Sanjay Londhe and his leading lady will Kashmira Kulkarni.

Here are the some excerpts from his exclusive interview with Marathistars.com

You have a strong background in theatre and choreography. How did you decide to enter into films?

Ans: I do not understand the bifurcation of this profession. I was acting in theatres and I am very much passionate about choreography, I have been getting offers for films, but I was more focused on theatres. As far as cinema is concerned all these forms are interlinked- be it choreography, acting or direction. For me, I have been doing theatres and now I am working in a film. This is just a change of medium for me. 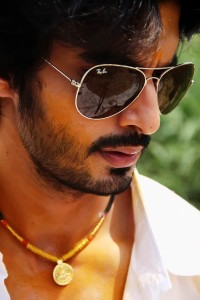 Having an actor father, did you feel any pressure about any comparisons?

Ans: I was never brought into a filmy surrounding. By the time I was born, my father had quit this industry. He did his last film as a hero in 1985, and I was born in the same year. However, I was drawn towards creative work since childhood. I guess initially one gets attracted by the glamour and popularity of cinema, but then comes the time when the creative aspects of cinema become more intriguing. Such evolution happened with me as well. Another thing which I learnt while doing theatre is that stop caring about whether people will like me, they will cheer me, even what they thinking about me. I do whatever gives me satisfaction. So, all this speculation about comparing with my father and pressure becomes very secondary and fragile.

I started my dance academy as dance has been my passion. I started out with choreography. When I started teaching dance, I realized that I actually learn something from this making me more mature as an artiste.

Will we see in some future you as a director or producer?

Ans: Definitely! I like the creative dimensions of cinema. For me, theatre and choreography both are creative. In cinema, every aspect be it acting, camera, set design, dance, it is creative. I have done a play called Tipping Point, which won me an award at Prithvi Theatres for direction and writing. As you start growing in this field, new opportunities find you. You have to decide at that time, whether you would like to accept that particular challenge or not. If it very exciting me, I will surely do, right now I want to do acting, so I am focusing on acting. I don’t know what how long this will keep exciting me, I never plan my future! Otherwise, I will miss the fun and satisfaction from this experience.

Tell us something about your role in Carry ON Maratha.

Ans: Carry On Maratha is out-and-out commercial film. It is a complete package of romance, comedy, action and dance, and masala. I play role of a typical kolhapuri Maratha boy who is full of fun. He falls in love with a Kannadiga girl. I truly enjoyed working in this film. The film has a very romantic light hearted story about Marathi-Kannada problems. After doing some serious theatre I wanted some relaxation in my work. This fun-loving role was perfect for me.

The film has some amazing action sequences.

Ans: For this film Action has been done by Kaushal-Moses, who has done tremendous work in Hindi. They have also done Lai Bhari. Working with them was very fun. I enjoy action sequences. I feel very adventurous while doing these stunts. Those attached cables, and jumping feels very great. Though for this film, action scenes were not easy. I damaged my knee; my wrist had a hairline crack. But still, I feel very good when I give that perfect shot for action. 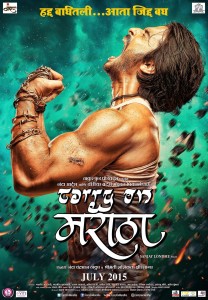 Do you take any guidance or advice from your father?

Ans: We discuss most of things in family. However, I am brought is such a way, that I should be able to take my own decision. My father generally advises me, but ultimately I have to take decision.

Where do you feel yourself comfortable- Dance, action, drama or comedy?

Ans: Generally, doing same thing again and again makes me uncomfortable. I enjoyed serious play like Tipping Point, but then I wanted do a film like Carry On Maratha, which is very romantic. However, I can’t keep doing this same thing. As an artiste I feel I should be able to do diverse things. So I don’t wish for a comfort zone. I have done dance, action, drama, comedy in this movie but my next project Deool Band I play a role of a serious scientist. I am not doing dance or action in that film, yet it was very satisfactory for me.

Tell us more about your upcoming project.

Ans: In July, along with Carry On Maratha, my one more film Deool Band is releasing. After these two releases I will start working on two different projects. I can’t reveal much about them currently, but I am excited for all these films.

It seems that you are getting busy in films, so theatre and dance takes a sabbatical?

Ans: Dance will be surely a part of my life. Whenever I feel very much stressed, I head to my dance academy. Teaching dance actually relaxes me. As far as theatre is concerned, I feel it is a long duration commitment. Writing, directing and acting takes at least two three months for rehearsals. Currently I am shooting this entire year So, I can’t give that much time to theatre, but next year I plan to take a break from shooting.

Tell us about your dance academy?

Ans: I started dancing from a very early age. I was fifteen when I started teaching dance. My dance academy has various courses for western, hip-hop- bollywood fusion, contemporary, salsa. We also have Indian classical dance styles such as Kathak, Bharatnatyam. We have special dedicated instructors for these dance styles.

What are your hobbies?

Ans: I like reading and working out in a gym. Playing tennis is also a stress-buster for me. Whenever I get free time for just even ten minutes, I watch cinema. I just love cinema, I watch every type of cinema.

Marathi cinema has been great these days. Even star power is increasing.

Ans: I don’t know about star power or glamour quotient as I am just entering in this industry. I might be able to talk about it after ten years. I can surely say that Marathi cinema is currently having its one of the best periods. More importantly, audience is returning to theatres to watch a movie.