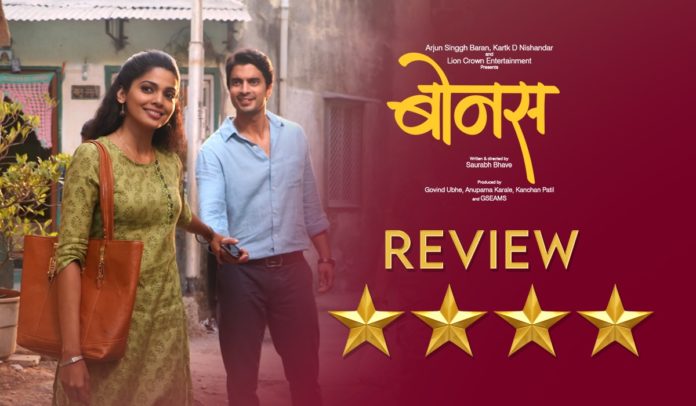 Viewpoint: Most importantly ‘Bonus’ succeeds in capturing the heartland of Mumbai in it’s truest form. Mumbai in this film feels alive unlike in Many other recent Marathi films! And along with that the film has a solid protagonist about whom we are concerned throughout his journey in the film.

Final Verdict: ‘Bonus’ represents the new Marathi cinema that is both mainstream and audience friendly and is also thought provoking and well crafted. It’s high time that Marathi audiences start valuing our Marathi films more and watching them in theatres is the only way to do that.