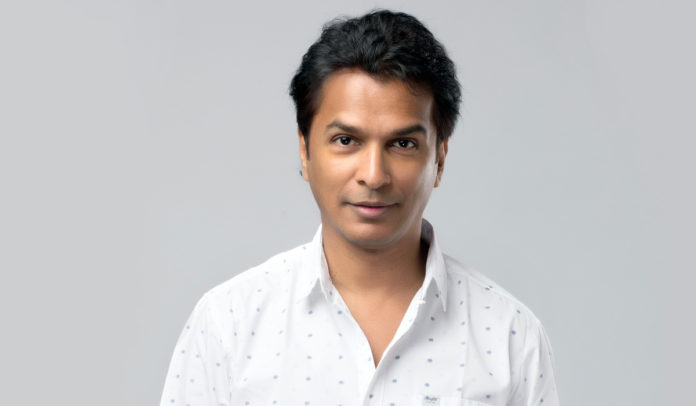 Vikram Phadnis directorial ‘Smile Please‘ starring the likes of Mukta Barve, Lalit Prabhakar, Prasad Oak, Aditi Govitrikar & others is set to release this Friday! We chatted with the Bollywood fashion designer turned Marathi filmmaker on this occasion regarding the film & beyond!

You have worked in Bollywood for many years. What was the first revelation you had when you entered Marathi film industry?

Nice question! Yes, I did a mistake. I underestimated the talent of Marathi artists! More than underestimating them I think I didn’t really knew them. But then I became familiar to the power of Marathi talent!

You used to watch Marathi films?

Hindi is a universal language in India so everybody watches it. We don’t watch Telugu and Tamil films much unless we are a part of that industry or we are passionate about that cinema! And those people won’t watch Marathi films! That’s why it’s called regional cinema. So the difference is there but there is no problem that it is there! Every state has their regional cinema and Hindi releases everywhere. It is bound to be that way. Having said that sometimes some film rise above this and people watch movies of other regions!

This is your second consecutive film with Mukta Barve. How was the process different than the first time?

Both of my films are emotional. In both my films the woman is the main protagonist. In the first film she was the narrator, and now in the second film she revolves around the main conflict. It could have gone wrong, we would have falled on our face and people would have said that this is a sequel of Hrudayantar! It could have been risky for her for more and people could have said that he has made the same film again. Because people look at actors later but they will see the teaser/trailer and say that it looks like the first!

Because I am doing a sensitive subject! If I was doing a comedy, horror, action, rom com it would not have! since the genres are similar. I know my weaknesses that I can’t do an out & out and comedy or an action film. And I also know my strengths. Like in chess we know which pawn should be moved in which direction similarly I know how to Mukta in the right direction. If I moved her to the same direction or the wrong direction I would be moving her to the dead end. But Mukta has the versatility in her that she can give two different option in films with similar genres! Also I wanted Mukta to be a part of this journey as this is a tribute to my mother!

I would hate to call it a illness! Because I’ve seen it from close quarters. I don’t think it’s a illness, it’s a phase that you go through. I am happy right now. 6 minutes later if I’m sad doesn’t mean I’m ill! I would hate to call it a sickness also! It’s a condition. People who think it’s a sickness or illness, it’s not right. Stability and instability comes in your life like day and night! After the night the day comes! I want to bring this to the forefront that when such condition arise in our lives defeat is not the answer! We shouldn’t loose hope and say to others ‘Chal Pudhe Chal Tu’!

For whatever this film is about there may not be pharmaseutical remedies. You may not be taking a pill to cure yourself. But if your mind and your soul are right are positive and healthy, you can face what the condition of this film is!