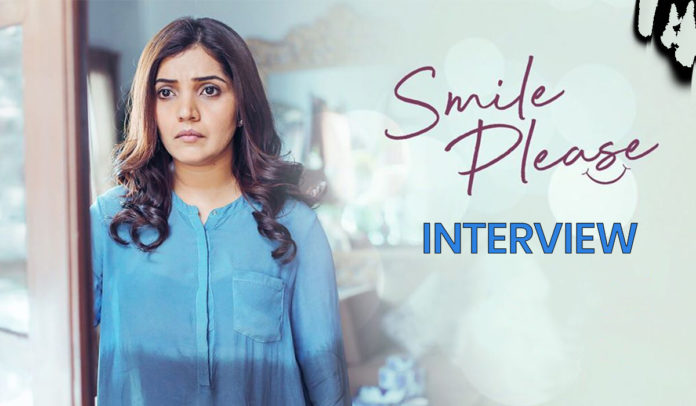 ‘Smile Please‘ this Friday’s big Marathi release stars a big star cast of Mukta Barve, Lalit Prabhakar, Prasad Oak, Aditi Govitrikar and others. The film deals with a mental condition and how does a person tackle it! We chatted with Mukta Barve about the film and her role in this film!

What does ‘Smile Please’ the title of the film stand for in the context of the film?

Every actor in the film is saying it currently but I believe it’s the message of the film that needs to reach out to viewers who watch the film. These two words ‘Smile Please’ have become very redundant in our world today, when people say ‘Smile Please’ we laugh artificially for a photo! It is not just a physical action but it has to be imbibed into a person! The film believes nothing is difficult in this world! If we try happiness is achievable!

You have played many important and challenging roles in your career. What was challenging in this role of yours?

The fun part about this role was that I didn’t have the luxury of using emotional memory of this character which I usually have! Which in fact is the base of all characters and you’ll know when you watch the film that why I couldn’t use it! And hence I had to unlearn many things as the role demanded it! Many things I learned it in a new way. It’s like you have to communicate what’s inside of you to the audiences but without the usual mediums that you have to communicate! Definitely this was a challenging role and I had to approach it a very new way!

The chemistry between you and Lalit Prabhakar is evident from the trailer. How was your experience working with him?

It was great. I had seen his recent film ‘Anandi Gopal‘. I like his screen presence very much. He brings a lot of energy on the screen. And his character in ‘Smile Please’ brings a lot of positive energy on the screen. And as a co-actor he is always thinking about the film and the whole script. And he even has queries to ask to the director. So when I do scenes with him I feel that we travel together in this journey. He is not like an independent player who scores his 100 alone! So I enjoy the give & take while working with him.

Is Prasad Oak’s role in ‘Smile Please’ an extended cameo of sorts or a proper full fledged role?

I had worked with him in ‘Ek Dav Dhobipachhad’. But we hadn’t worked together to this length! So yes he has a proper big role in the film! It was Vikram’s (director Vikram Phadnis) decision to not reveal much about his role in the trailer as the he wants the audiences to be surprised in theatres!