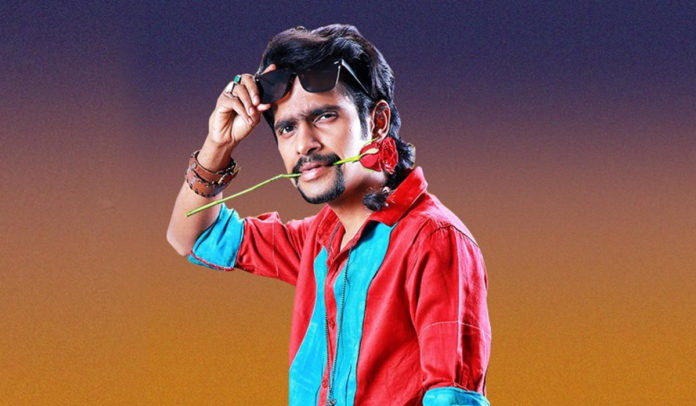 ‘Khichik‘ releasing on 20th September stars Prathamesh Parab, Siddharth Jadhav, Rasika Chavan, Paula L McGlynn and other artists! The film seems like a heartfelt story of people migrating from rural to urban parts! On this occasion we catched up with Prathamesh Parab and asked him about his experience of being a part of ‘Khichik’!

You don’t seem to particularly choose lead roles in your films! But still there’s something unique about the characters you play. Is it the same in ‘Khichik’?

Yes, in this film too I play a very unique character. I haven’t played a road romeo who is also a thief before! This film too is very unique. When I first heard the narration I was attracted to this character because he seemed like a boy you can easily identify with and can find anywhere on the street! In real life when we see such characters we feel we should stay away from them! And the look given to my character too is very unique!

How is the character important in the film?

Even if lengthwise it isn’t much a bigger character. But in the second half my character is important to the story. But what I felt the reason this film is important is because it brings together many genres together. The film is set in Vidarbha as well as Pune. So that also brings in different flavors of the regions along with different music, different actors in different looks! Hence it’s a very rare feat for a film to bring together all this variety together in one film.

As you are saying there are many different tracks in the film, what is the one thing that binds all these tracks together?

The character of ‘Fatfati’ is that one thing that binds everyone together. The small kid who is the actual lead of the film and along with him the character of ‘Aaba’. How they bring all these characters together could be explored in the film itself!

Will you be seen romancing in this film? As your fans love you seeing you do that!

The character that I play does like a girl from his heart, but he is not good at wooing girls, neither does he stalk girls! But primarily my character is of a thief! So maybe audiences would be see me playing a completely new character in this film!