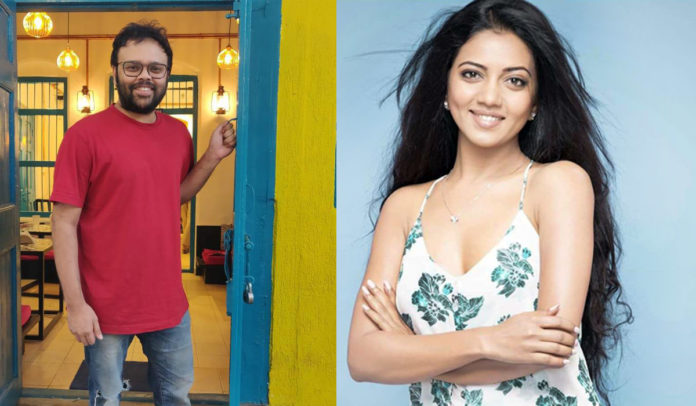 Film Medium Spicy that promises to spin a web around urban relationships is surely building an exciting ensemble in its journey. The film is already looking like one of the biggest ensembles of the year boasting of actors like Lalit Prabhakar, Sai Tamhankar and Parna Pethe in lead roles along with Sagar Deshmukh, veteran actors, Neena Kulkarni and Ravindra Mankani supporting the main cast. The makers have now announced the addition of Neha Joshi and Pushkaraj Chirputkar to the team. With Mohit Takalkar helming the directorial and Vidhi Kasliwal producing the film under her banner Landmarc Films, Medium Spicy seems to be getting more and more mouth-watering by the day and we can’t wait for its release already!

Neha is considered one of the most talented actresses in Marathi cinema and has made a mark for herself with films like Farzand, Zenda, Poshter Boyz and Nashibvaan for which she got the State Award for Best supporting actress last year while Pushkaraj who was loved by the audience for his character ‘Ashu’ in the Marathi Sitcom Dil Dosti Duniyadari, who also went on to win a Zee Marathi award for the same in 2015, has done several successful Marathi films in the last couple of years including Mantr for which he received a State Award nomination.

Confirmed Vidhi, “We are thrilled to offer such a bouquet of talented actors to our audience. It’s amazing to see how each one of them has loved the script as much as we did when we decided to start the film and they have completely submitted themselves to the vision that Mohit has for Medium Spicy. With such a powerhouse of talent, we are hopeful that audiences will like what we have in store for them.”