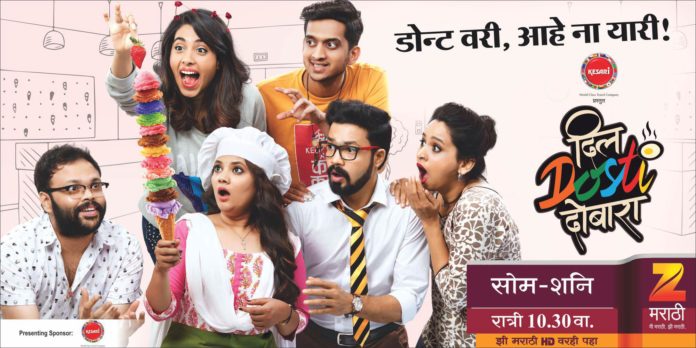 Story Outline :  After the successful completion of 100 Days, an exciting thriller at the 10:30 PM slot, Zee Marathi brings back one of the most awaited and loved shows on friendship in an all new avatar with ‘Dil Dosti Dobara’.

The first season revolved around 6 friends living together as paying guests while this time they are playing completely different characters who bond together for a common purpose of opening a restaurant together. Struggles, fights, chaos & friendship is what ensues when all of them come under one roof. Their saga of friendship & standing by each other during the good & bad times will bring sheer fun & entertainment for the viewers.

The wait is now about to get over as Zee Marathi is all set to bring back the craziness and madness of these loved artists in a new avatar starting 18th February @ 10:30PM from Monday to Saturday on Zee Marathi and Zee Marathi HD.