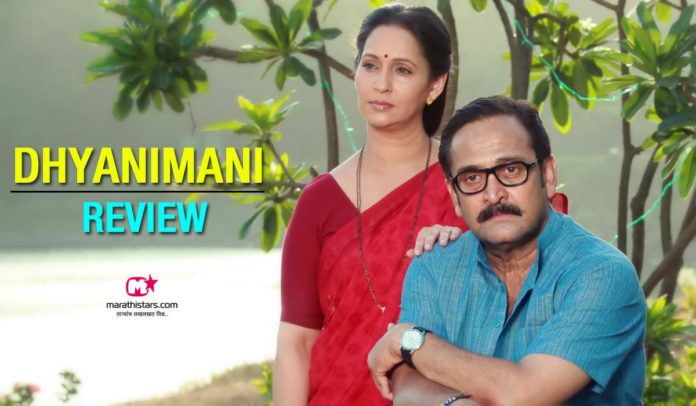 In the 70s & 80s Marathi theatre scene flourished like never before or after. Vijay Tendulkar was the pioneer of this change. The commercial stage did exist (before 70s) just as merrily as it has been throughout, but Tendulkar & a few others brought realism & experimental theatre in the mainstream specifically in that era. Some of these playwrights functioned till the 90s but most of them didn’t. The golden era diminished more sooner than expected. But then entered Prashant Dalvi in the early 90s, Dalvi was probably the most important playwright of the 90s who announced himself both on the commercial & experimental theatre scene. ‘Dhyanimani’ directed by Chandrakant Kulkarni was one such play of Dalvi. One of his most successful commercial play, a play that was readily accepted by the conventional audiences too.

So when today the film is being promoted as strictly for “serious” audiences it makes us curious. To put it this way, this film would still appeal more impactfully to the conventional Marathi audiences then specifically “serious” audiences. Today in the Internet era the serious audiences are getting exposed to cinema of all kind from all over the globe. An eyebrow raising “bold” moment in a film might no longer be the shock element. A serious audience demands more unique cinematic discoveries rather than just an impactful story. Rather the treatment is the king today more excitingly than the story. Dhyanimani doesn’t really succeed in providing us that! 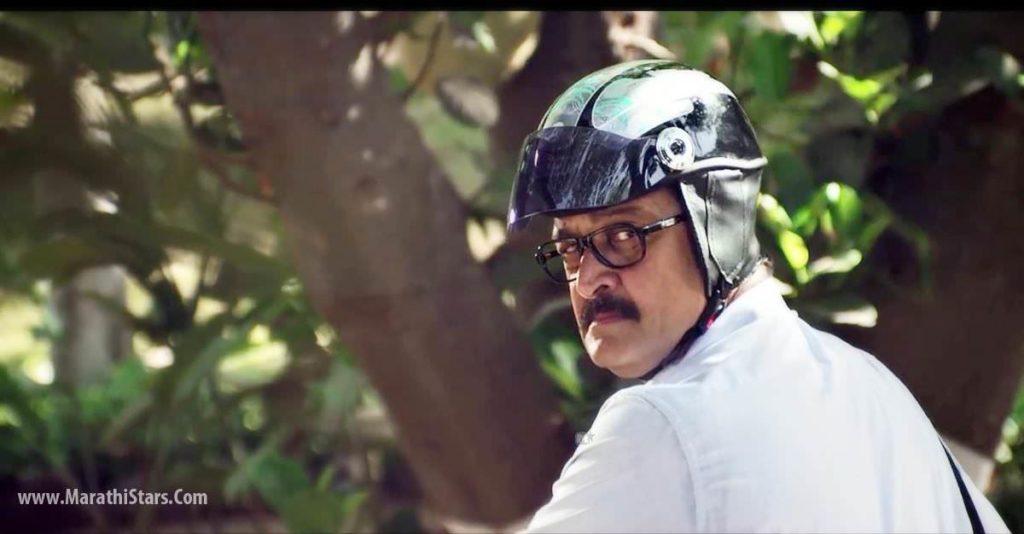 But thanks to the original soul infused by Prashant Dalvi ‘Dhyanimani’ is a decent watch. The performances too by Mahesh Manjrekar & Ashwini Bhave are good enough to make the film compelling. The story is simple; a middle aged couple, not blessed with a child, figure out other ways to live a happily married & complete life. The first half introduces us to the suspenceful other ways. The film expects us to really be shocked by it, needlessly by using loud suspenseful background music.

Throughout the promotions the ‘Dhyanimani’ team has been stressing that it’s difficult to categorize this film to a specific genre. It’s true in one way because just after the interval comes a moment where we are pleasantly in an awkward “what now?” mind space. Sadly the happenings that follow aren’t strong enough to really give us that mental stimulation. Having said that for theatre lovers ‘Dhyanimani’ can just be the right film, while some of them would argue that this should have stayed a play.

Prashant Dalvi’s three important plays; ‘Chahool’, ‘Charchoughi’ & of course ‘Dhyanimani’ belonged to the changing times of urban India. They do have subtle remarks on our societal incompetence to match up with these changes. In a play, many of these subtle remarks can be given away symbolically but in a film they needed a different treatment. We all know how ‘personal’ can transform into ‘universal’ if it connects with the audience. Unfortunately the personal trauma that this middle aged couple are going through couldn’t be transformed into universal.

The climax of this film is a major error. Trying to make ‘sense’ out of it on moral grounds is a real test of our interpretative & analytical skills. Even after investing that much effort do we come up with an acceptable justification? Not really. Though Chandrakant Kulkarni is a true-hearted director, he could have worked harder on the visual appeal of the film. Mahesh Manjrekar has given us a few intense moments but in some scenes he is unintentionally funny. And well Ashwini Bhave has essayed her most challenging role that we are aware of. She is decent but not quite haunting as her character wanted her to be.

Serious or not if you belong to a group of audiences who love a bit melodramatic suspenseful Marathi entertainment. And yes if you’re not expecting a song & dance film, you should definitely go for ‘Dhyanimani’!