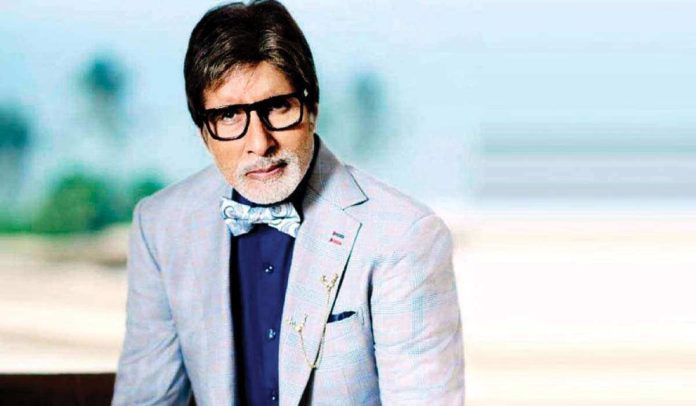 In recent times many Bollywood actors, actresses and filmmakers have become part of Marathi cinema. Some have produced films here and some have played cameos in films and some even have played important lead roles in Marathi films. But the Shahenshah of Bollywood, the biggest film star of Bollywood and India, Amitabh Bachchan is now set to make his entry into our Marathi cinema!

This definitely is a proud moment for Marathi cinema. Big B will be seen in an upcoming Marathi film titled ‘AB Ani CD‘! And the film will also star big Marathi names like Vikram Gokhale, Subodh Bhave, Akshay Tanksale and Sayali Sanjeev. Produced by Akshay Bardapurkar & Planet Marathi, ‘AB Ani CD’ is being directed by Milind Lele.

Recently along with the announcement of the film, the first poster of the film was also revealed and senior actor Vikram Gokhale (who had worked repeatedly with Big B in Hindi films like Agneepath & Khuda Gawah) is seen a complete rockstar mode and imitating Big B’s iconic move! What looks like the film will be a treat of watching Gokhale and Big B together again, this time in a Marathi film! Whether Big B’s role would be a cameo or a proper big role is yet to be known.