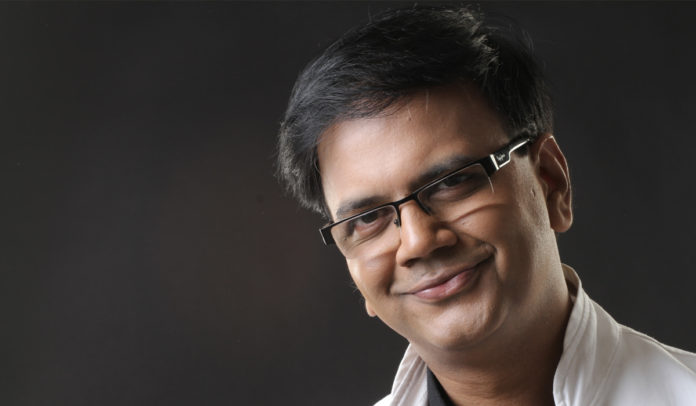 Music Composer-Singer turned filmmaker Dr. Salil Kulkarni surprised us with his debut film as a director ‘Wedding Cha Cinema‘ and now after it’s success he is back with another film as a director! ‘Ekda Kay Jhaale‘ his second film has been announced with the release of the poster of the film.

Ekada Kaay Jhaale is currently under production by Gajavadana Productions and Showbox Productions, and will release all over in the summer of 2020. Just like in ‘Wedding Cha Cinema’ Salil Kulkarni will be in multiple roles of writer, director and music director in this film too. While Wedding Cha Cinema was a family romantic drama based in the backdrop of a wedding and brought back the 90s feel of wedding entertainer back in the theatres! There will be expectations from Salil Kulkarni for his second film to entertain the audiences equally or more. From the poster & title of the film we can make out that the film might be about father and son relationship and ‘stories’ in general! Only time will confirm what the film is really about!