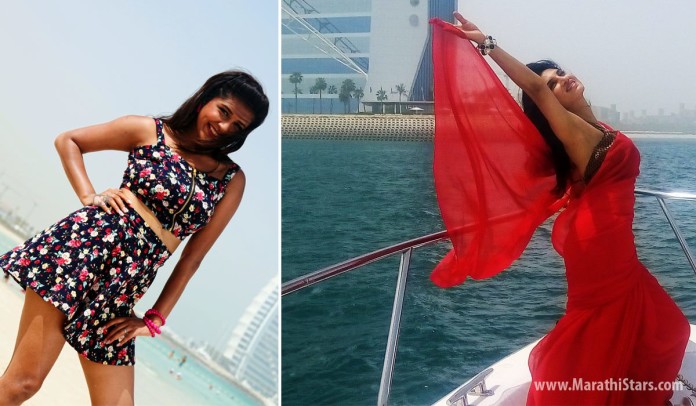 Recently two songs from the Bhay were shot at the exotic locations of the Dubai such as Bhurj Khalifa, Bhurj Al Arab, Marinabeach, Emirates tower et al. Smita Gondkar, Abhijit Khandkekar, Sanskruti Balgude and Siddharth Bodke danced to the tune of music belted out by Vikram Montros. The film is presented by 5 G International. The two songs from the film written by Shekhar Astittva that is ‘Sajana’ and ‘Mi Alo’ are rendered by Brijesh Shandilya and Tulika Upadhaya..

The songs have been shot in very different manner under the guidance of Dance director Ajay Devrukhkar, Cinematographer Rajesh Rathore and director-editor Rahul Bhatnkar. Bhay shows the mind boggling journey of individuals who constantly fear about something or the other and the kind of difficulties they face in life talks about the chronic disease called Paranoid Schizophrenia? Nitin Supekar has written the story, screenplay as well as dialogues of the film. The film stars actors Abhijit Khandkekar, Satish Rajwade, Uday Tikekar, Vinit Sharma, Siddharth Bodke, Smita Gondkar and Sanskruti Balgude will release in theatres soon.