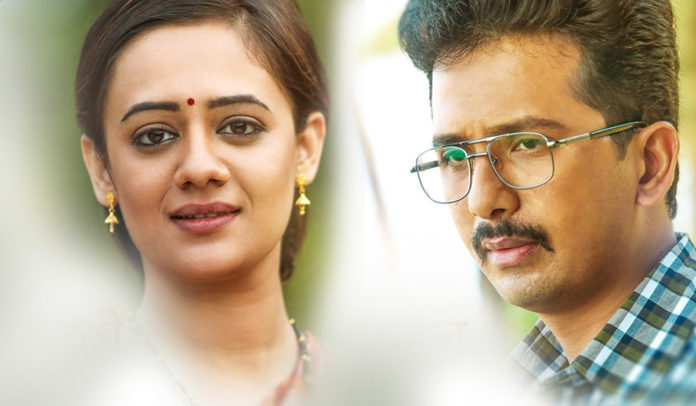 Both Spruha Joshi and Abhijit Khandkekar started their careers around same time. Parallelly they have grown on to become matured actors and have earned lots of love and appreciation from the audience! Both have known each other throughout this journey and have been good friends. Another thing that both of them have in common is the skill of hosting shows and events! Now they will soon be seen sharing the screen together in the upcoming Marathi film ‘Baba‘ releasing on 2nd of August!

‘Baba’ is the first Marathi film of Sanjay Dutt as a producer. It stars popular Hindi actor Deepak Dobriyal in a mute character and it’s a heart touching story about parenthood. Spruha & Abhijit play the characters of parents who suddenly arrive in the lives of a happy family. They start claiming that the kid that has been brought up by the deaf and dumb parents do not belong to them.

The conflict is such that both sides have real emotional attachment with the kid and hence it would be interesting to see how does this conflict resolve in the film! Spruha and Abhijit have mainly been seen in younger roles but these characters seem to be challenging their acting skills for sure! Moreover their performance will be tested against incredibly talented actors like Deepak Dobriyal, Nandita Patkar & Chittaranjan Giri!