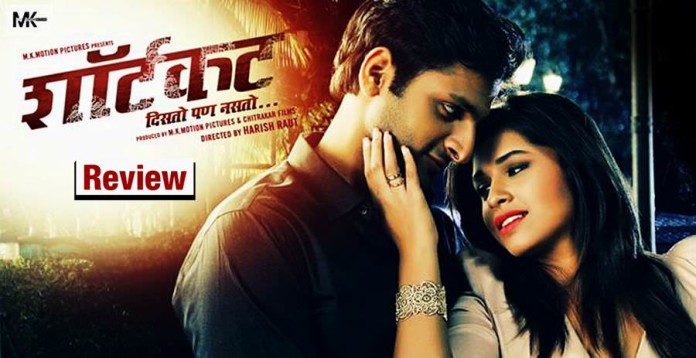 The only noteworthy feature in debutant Harish Raut’s Shortcut – Disto Pan Nasto is that it is the first Marathi film based on Cyber Crime. There is nothing else to take home from this one. This year has seen a large number of silly Marathi films. Shortcut enters the list successfully.

The film tells the story of Rohit Pradhan (Vaibhav Tatwawadi). As he is passionate about hacking and anything to do with computers, he enrolls for computer engineering. He meets and falls for the bubbly and beautiful Ishika (Sanskruti Balgude). Rohit secretly continues his hacking antics for various reasons. But he soon lands himself on the other side onthe law and comes into direct confrontation with ACP Nimbalkar (Rajesh Shringarpure) of the Cyber Cell. 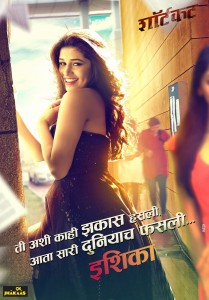 To be fair, despite the lack of conviction and logic, the first half is watchable and at times, decent. The hacking expedition of the central character and the Cyber Crime track at least keep you interested in knowing the further development and the culmination.

However, the already unconvincing tale submerges further into silliness and poor execution after the interval point. The series of questionable incidents lead up to some truly unconvincing twists in the finale. Apart from the lack of logic in the tale, the major reason for the goof up is some poor research on Cyber Crime and hacking and silly working style of the Cyber Crime officers.

Here are is a list of some unfathomable incidents without spoiling the suspense: 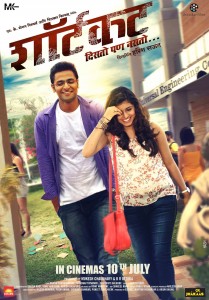 The songs are too many without much purpose. They just add up to the length. The cinematography is average and the background score forceful.

Vaibhav Tatwawadi is a good performer with innocent looks. But the script doesn’t allow him to rise much. Rajesh Shringarpure, another fine actor, provides a decent act, but is let down by his character development. Sanskruti Balgude does what was asked from her.

Shortcut – Disto Pan Nasto suffers from a silly storyline and poor execution. This coupled with the lack of hype will make sure the film stands no chance at the box office.