Gajendra Ahire has churned out some impressive films in the last few years. Some of these include Touring Talkies, Anumati, Postcard, and the recent, Bioscope. He has displayed his touch also in Nilkanth Master. However, the film doesn’t provide the satisfaction one expects after an interesting first half. This is simply because the basic story itself isn’t happening enough.

Nilkanth Master is based in the pre-independence era in Maharashtra. Vishwanath (Omkar Govardhan) joins a revolutionary group after earning the trust of the leader, Vyenkatesh (Adinath Kothare). But during the first secret operation after his joining, Vyenkatesh gets killed while fighting the British and their mission fails. Indu (Pooja Sawant) is Vishwanath’s childhood love. 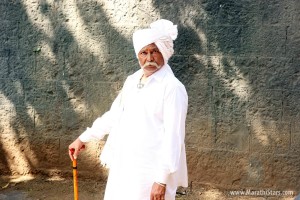 To hide from the eyes of the British, Vishwanath is made to stay with the senior-most member of the group (Vikram Gokhale). He is given a pseudo identity of the school teacher, Nilkanth. Hence, he is now called Nilkanth Master. His first task is to break the news of Vyenkatesh’s death to his lover, Yashoda (Neha Mahajan).

Nilkanth Master has Ahire’s honest touch all over, as a writer and director. His creative visual narration, for which he is known, is also seen regularly. This makes the characters, situations, and the entire setting believable. He is nicely helped by Krishna Soren’s artistic camerawork and some realistic production designing. These points ensure that the film appears pleasing.

But despite these positive points, you surely don’t get a kick as you walk out. It is vital for every story to have some basic aim, but that is missing here. One can argue that that aim is India’s independence. This is also what is told to the audience through the electrifying and patriotic opening credits. 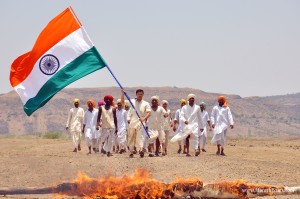 But the independence gets dissolved in the complex relationships of the characters. On top of that, complete lack of patriotic and freedom struggle elements make the pre-climax and climax absolutely thanda. This is more than surprising because the film starts with an action-packed sequence about the activities of the revolutionaries. Also, the idea of putting Pooja Sawant on the poster and nobody else from the cast is misleading since she has a limited role to play.

Omkar Govardhan gets his act as the central character right. But his character shouldn’t have been so dull. Neha Mahajan once again proves her mettle. She surely has a long way to go. Pooja Sawant gives a fine act while playing two diverse characters. Vikram Gokhale, Kishore Kadam and Adinath Kothare provide proper support.

Nilkanth Master is an average saga that doesn’t impress much due to its basic tale. The film will find it difficult to score well at the box office.