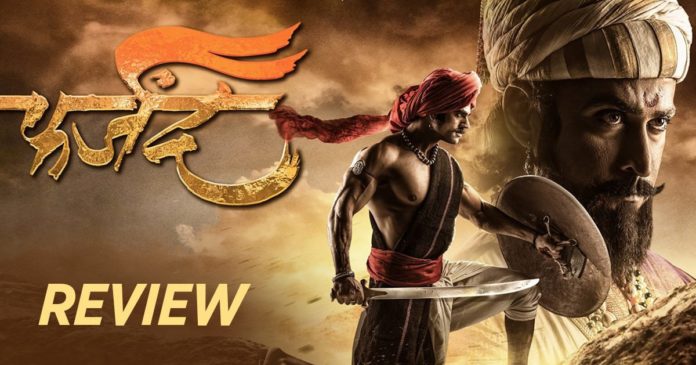 As much the great Chhatrapati Shivaji Maharaj is a part of our culture & our cultural references it has hardly reflected in our films. There is a whole genre of literature dedicated to the king & other kings who were connected to him in some ways, but very few attempts have been made in our films especially in today’s times. So ‘Farzand’ clearly has a huge advantage for taking up the subject with such conviction & confidence.

The film introduces us to it’s world by directly letting us into the tactical war methodology of ‘Ganimi Kawa’ being implemented by Tanaji Malusare (Ganesh Yadav) & his men. We see a smashing few dialogues with a touch of humour & then Tanaji & his men directly start the warfare. Now the problem here is the idea of ‘Ganimi Kawa’ gets lost here. The direct cut to sword fight where the unfocussed men in the backdrop simply seem like faking the fight, this action piece proves week & we start telling ourselves, we shouldn’t expect more. But even in those scenes the ‘Spirit’ is evident clear & loud! 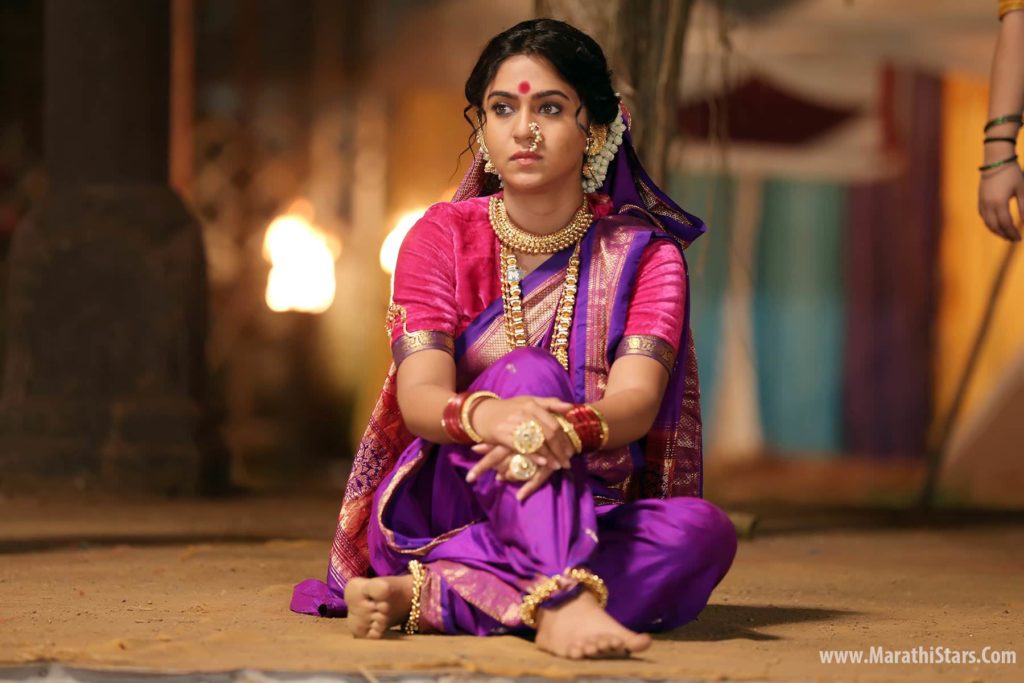 After this episode the actual track of the narrative begins. Maharaj (Chinmay Mandlekar) has won all the forts within the Swarajya vicinity. The only fort that remains is ‘Panhala’! Mughal emperor Beshak Khan (Sameer Dharmadhikari) rules over Panhala. And under his rule many women from the Swarajya are facing threat everyday, his men kidnap random women from the vicinity & take them to the fort. Maharaj feels guilty to perform the ‘Rajyabhishek’ ritual when his people are facing such threats! He decides no matter what ‘Panhala’ needs to be under the Marathas!

Then the title character of the film comes into play! From the very first moment actor Ankit Mohan convinces us to be a warrior! His body, his body language, the fire in his eyes all of it contributes immensely in the impact of ‘Farzand’. Alongside him almost equal footage & importance is shared by Prasad Oak who portrays the ‘Bahuroopi’ Bahirji Naik. The rest of the team that includes Ajay Purkar, Aastad Kale, Praveen Tarde, Nikhil Raut or even Mrunmayee Deshpande & some others too fit their parts perfectly! Chinmay Mandlekar as Maharaj is almost magical to say the least! This perfectly casted ensemble is another big advantage for Farzand! 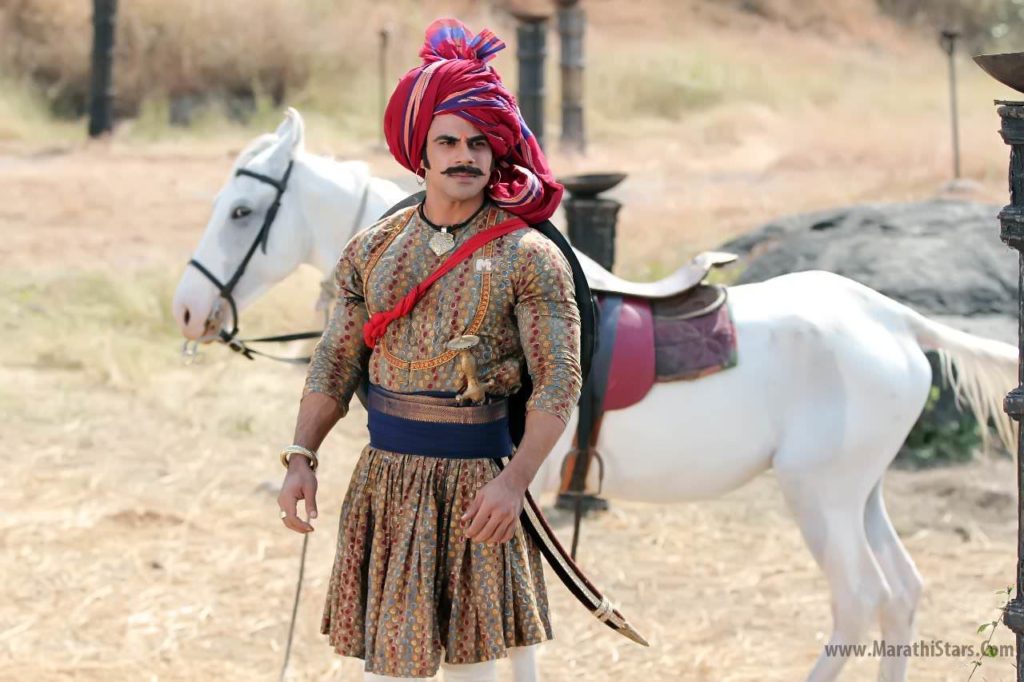 Now to begin with the problems, the first is the use of VFX. To some extent this was an obvious problem. Though I believe it could have been smartly dealt. The serial style establishing shots of the fort from the top view could have easily been avoided. It’s better to not have them than having them clearly appear fake. The next problem & a bigger one is the logic behind the actual war methodology & implementation. While the methodology is workable in theory it just seems impossible for just 60 men against an empire of nearly 2500 soldiers (that’s what they say). They even establish the fact that it would be one against 40! But the fact is we never really see 1 vs 40. We clearly see 1 vs 1 or at max 1 vs 2!

Another major problem can’t be revealed as it could be a spoiler, but let’s say it’s connected with the warfare outcome. Obviously I am not talking about whether the Marathas won Panhala or not? That we all know that we did, but ‘how?’ is the problem! Anyways throughout the warfare by spirit we are still with the film & that is the reason why even with so many problems ‘Farzand’ emerges victorious! 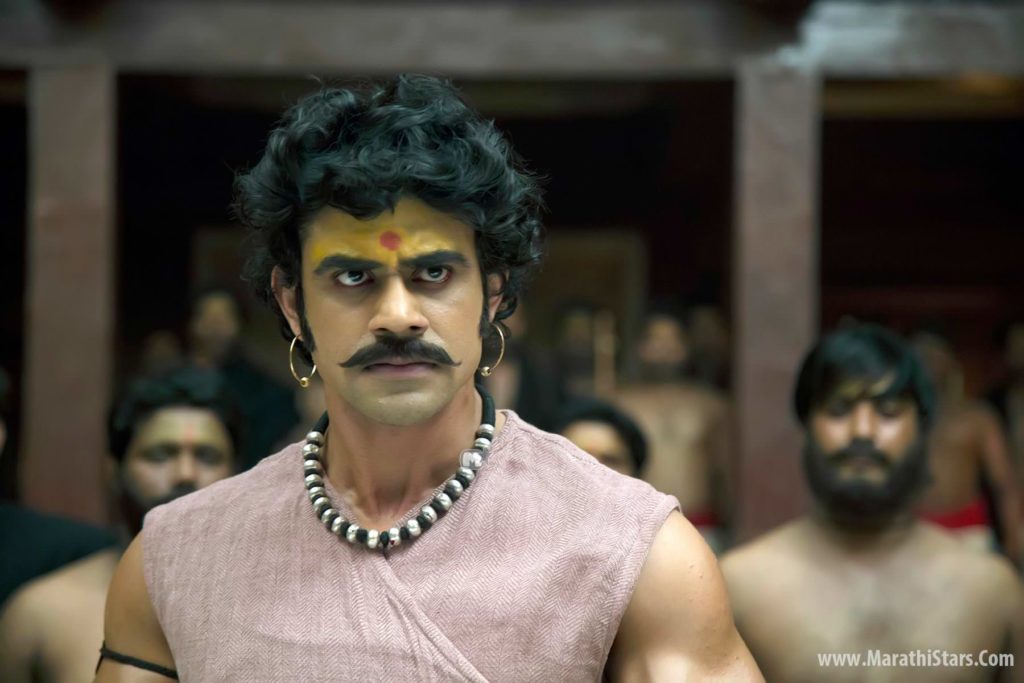 Farzand has a well structured narrative with lots of humour sprinkled around it. One could say it wastes too much time in the preparation of the war, but that part of the film is not really empty in terms of the narrative. Along with humour It also has a few interesting points to make about the mentality of us; Maharashtrians! These 60 men too are not really perfect. In fact even Maharaj, Farzand all of them have a human like characterization. They can make mistakes, they can be vulnerable, they could also fear the enemy at one point. But that doesn’t take anything away from their bravery! We don’t really want larger than life Bahubalis who are almost super humans!

Farzand could have been better directed for sure, but this is a great start! Let’s hope the audiences reward this film & this highly workable genre establishes itself in Marathi cinema!

For all Maharaj devotees ‘Farzand’ is the film they were waiting for! And for other Marathi audiences too for the first time you could experience a spirited historical epic that has great performances & which also shies away from too much jingoism.