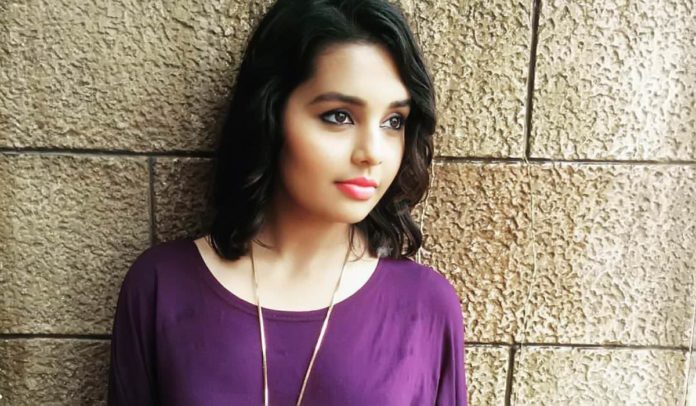 Shivani Rangole was really appreciated in her recent & Jara Hatke. She will be seen in the lead role for Zee Yuva’s new serial- Bun Maska as Maitreyee along with Shivraj Waichal (Saumitra). This pair was also seen in Sujay Dahake’s Phunthroo earlier. Shivani was also seen in TV serial “Shejari Shejari Pakke Shejari” as Mahua- daughter of Vaibhav Mangle.

The 21 year old girl is from Pune and completed her graduation in Arts from Fergusson college. She has participated in many drama competitions at her college and was spotted there. While working in Jhulta Pool- a play by Satish Pulekar Dahake finalized her for her role in Phuntroo. Her fresh face and spontanrous expressions are her USP. Her birthdate is 28th October 1995.

Shivani was also seen in Double Seat in a very small role. Though,the role was not very big, yet it became clear that she can mesmerize silver screen with those bambi eyes.  Shivani is originally from Pune and her father is a mechanical engineer and her mother is a teacher.