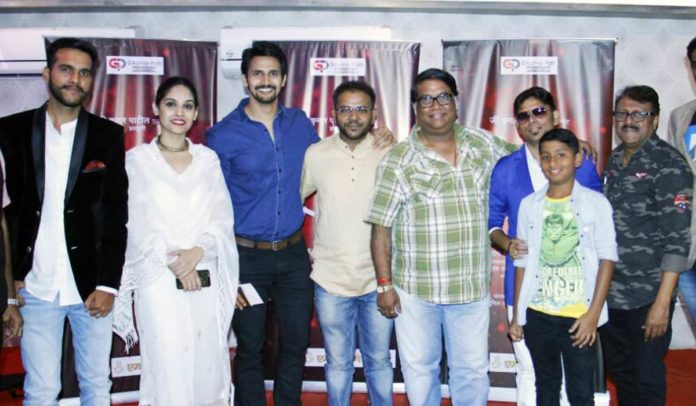 We have seen many hatke Jodis in Marathi films of recent times. One new addition to this list is the Jodi of Bhushan Pradhan & Pallavi Patil in ‘Tu Tithe Asave’. For the first time Bhushan & Pallavi will be working together in this film. This film is about relations, love, trust, & the meaning of life. G. Kumar Patil Entertainment presents ‘Tu Tithe Asave’ is produced by Ganesh Patil & is directed by Santosh GaiMokwad.

Recently the film’s opening ceremony was concluded & the film will soon be in production. The director & producer of this film believe that this inspiring story will definitely appeal to the audiences. Many a times we have to face sudden obstacles in our life. This film will inspire the audiences to find a way out of these obstacles.