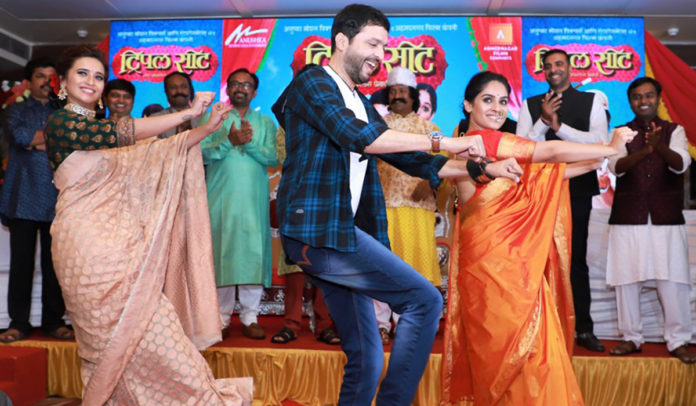 ‘Ek Missed Call Ani Yevdha Sagla Hou Shakta.” This is the tagline of the upcoming Marathi romantic entertainer ‘Triple Seat‘ starring Ankush Chaudhari, Shivani Surve & Pallavi Patil in a unique love triangle! Very few times we see the unique idea of a film being used smartly in the promotion of the film.

Directed by Sanket Pavse & produced by Narendra Firodiya ‘Triple Seat’ has used the unique ‘missed call’ premise of the film to their advantage in the promotions of the film. They have invited the audience to give a missed call on the number 70 30 700 700 and then lucky winners will get a chance to watch the premiere of ‘Triple Seat’ alongside the cast and crew of the film!

Just like a missed call changes the lives of the characters in the film’s story a missed call can also change the life of many lucky winners from the audiences! So try your luck and get a life changing opportunity to meet stars like Ankush Chaudhari & Shivani Surve and watch their film with them! ‘Triple Seat’ releases in theatres on 25th of October!