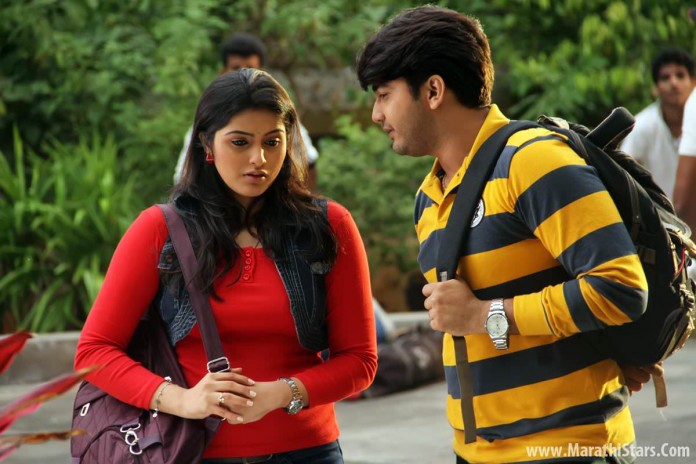 Surabhi Hande who is popularly known as Mhalsadevi from the popular show ‘Jai Malhar’ on ZEE MARATHI is all set to make her big screen debut with Kedar Shinde’s ‘Aga Bai Arechyaa 2‘ where she is paired opposite Dharam Gohil who has acted in plays of many languages both making their debuts as per Kedar Shinde’s principal that ” if a chance is given to a newcomer he or she can definitely make it big but there is a risk in working with newcomers but it also energizes me an the unit”. 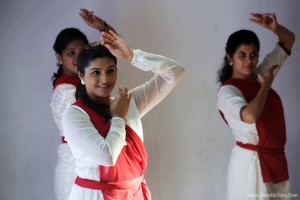 Surabhi will essay the teen version of the older Sonali Kulkarni. Surabhi is from Nagpur but she completed her education till 12th in Jalgaon and the further studies in her home town Nagpur where she acted in many plays including single act plays , commercial plays and the State Govt Competitions and she toured the whole country on account of these plays. Surabhi had first acted in a film called ‘StandBy’ when she was still a student in 11th standard and then did a serial called Ambatgoad after which she shifted to Mumbai and then gave an audition for Kothari Brothers but then got a call for ‘Jai Malhar‘ for the role of Mhalsadevi and surprisingly got selected for Kedar Shinde‘s ‘Agabai Areechya-2’ which she considers as her big break. She says Agabai Arrechya 2 is a tender but different love story but not the typical love story where she plays a young girl in love called Shubhangi and this is the story of Shubangi’s love and since she was simultaneously acting as Mhalsa, Shubhangi would have overtones while essaying Shubhangi’s character but director Kedar Shinde would everytime point out to me to get into Shubhangi’s character and get out of Mhalsa’scharacter.

Dharam Gohil , the young lead has worked in many Gujarati, Hindi, Marathi, and English plays and has worked in plays right from his school days and has done workshops with theater guru’s like Vijaya Mehta, Satyadev Dubey and Chetan Datar andhas done two small Gujarathi films and was surprised when Kedar Shinde spotted him in a play and offered him role in Agabai Arrechya 2. He says, ” I was aware that new relationships flower during plays but while shooting for Agabai Arrechya 2, I had the same experience and Kedar Shinde and Sonali Kulkarni really made me comfortable and I am thankful to them”.” We had a blast shooting for this film”.