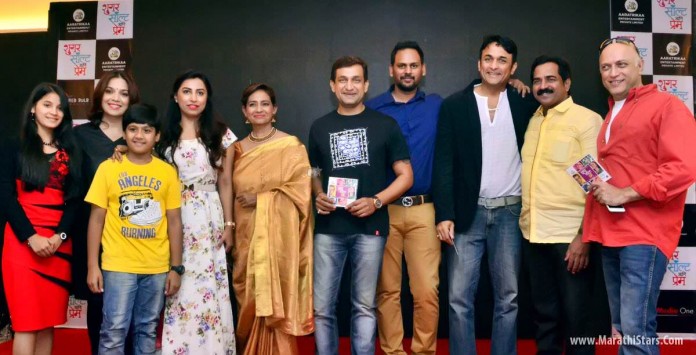 With it’s title invoking a lot of interest producer director Sonali Bangera’s ‘Sugar Salt Ani Prem‘ had it’s grand musical launch in the presence of artistes and technicians and other luminaries . The music was released art the hands of eminent singer composer Shankar Mahadevan and then Shankar’ s two sons Siddharth and Shivam belted out some some songs from the film in their sweet voices.The film is about friendship, love and feelings and the lyrics by Mandar Cholkar were set to music by new composer duo Siddharth Mahadevan and Soumil Shringarpure . The magic of Shankar Mahadevan’s two sons can be evident in the film. 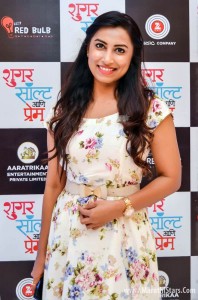 The party song sung by Siddharth Mahadevan and Akruti Kakkad ‘ Disha Milali Aaj Navi Zindagilaa’ , is a refreshing song and song sung by Nihira Joshi Deshpande ‘Mann Majhe’ is a touching song and ‘Sangto Gosht Ek Pillyachi’ sungby Shivam Mahadevan has been sung with a lot of feelings. The films music is catchy with great lyrics which will make you hum the songs. The film produced by Avinash Jawkar and Gurunath Mitbawkar and Aratrika Entertainment Pvt Ltd jointly will depict a relationship that is beyond friendship and will narrate the story of three good friends and how they face troubles and overcome them. The film stars Ajinkya Dev, Sameer Dharmadhikari, Shilpa Tulaskar, Prasad Oak, Sonali Kulkarni, Kranti Redkar and Yatin Karyekar. The film releases on 12 June.