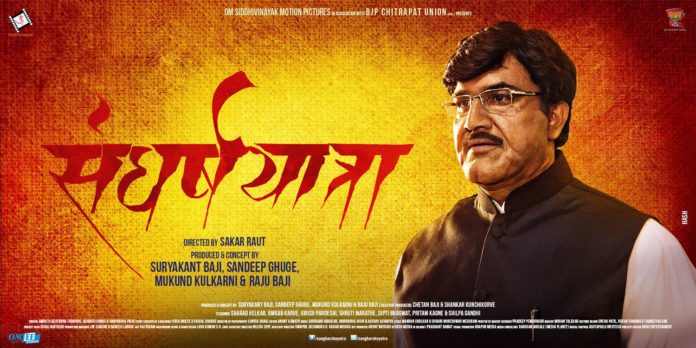 Moreover Amruta Phadanvis, wife of respect CM Devendra Phadanvis has lend her voice to the title song of this film. This title song is wriiten by Mandar Cholkar & is composed by Shrirang Urhekar.

The film was supposed to release previously. But due to some errors it didn’t get the censor certificate. Now after the errors have been rectified ‘Sangharshyatra’ has been granted the censor certificate clarified director Sakar Raut & now it’s set to hit the theatres all over Maharashtra on 14th April. 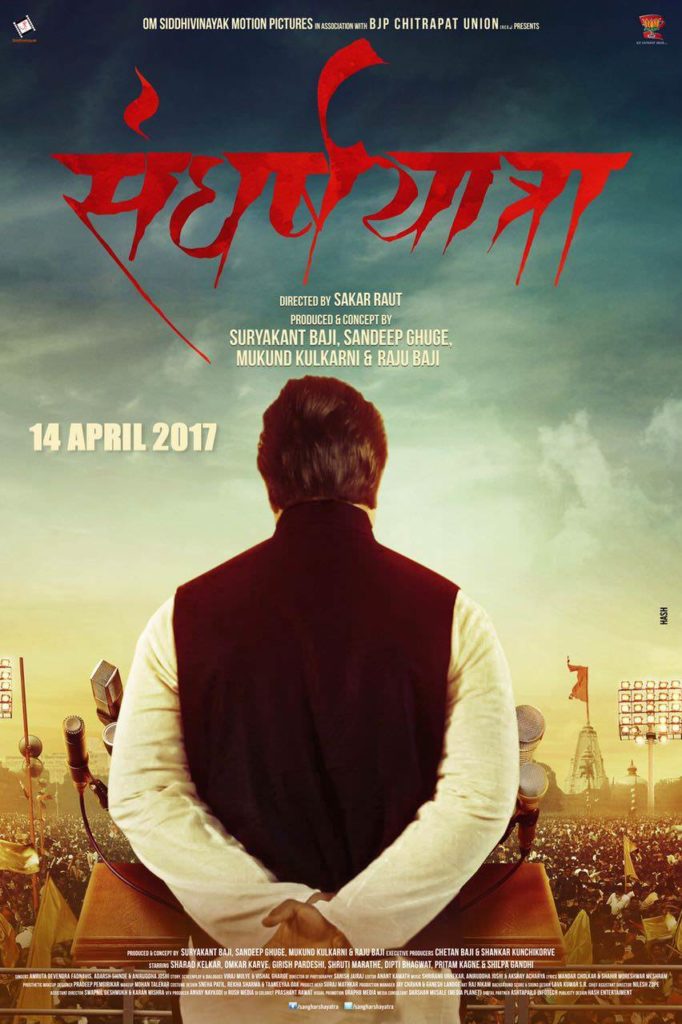