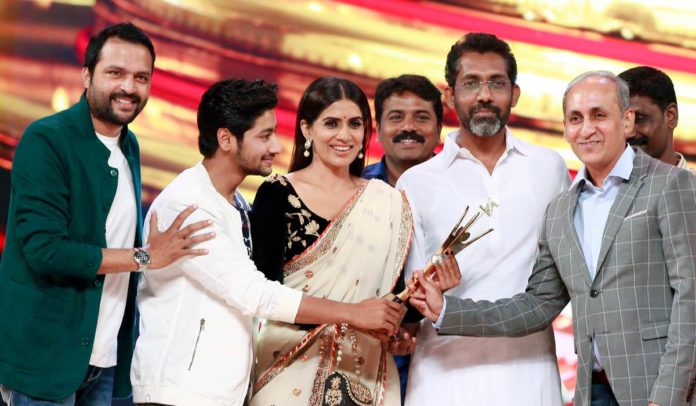 Last but not the least the most memorable moment of the evening was when the lifetime achievement award was given to senior Marathi-Hindi actress Seema Deo. Another living legend of Marathi Cinema gave this prestigious award to Seema Dev. Seema Dev has worked in unforgettable films like ‘Jagachya Pathivar’, ‘Pathlag’, ‘Anand’ & many more in the period of more than 4 decades.

This year’s Zee Chitra Gaurav ceremony was hosted by the effortlessly funny Sumit Raghvan & Priyadarshan Jadhav & you can watch it on 26th March, Sunday at 7 pm only on Zee Marathi & Zee Marathi HD.