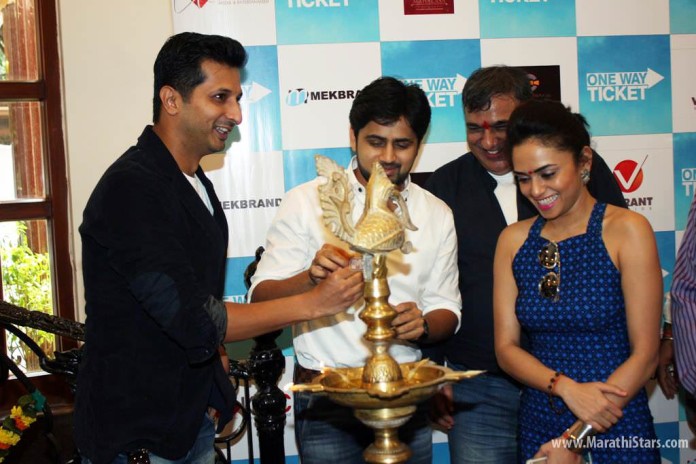 One way ticket- a film starring Shashank Ketkar and Amruta Khanvilkar will be shot at picturesque locations of Italy, France and Spain. The film’s Muhurt was performed with a song recording at Empire Studio in Mumbai. The film slated to release in April 2016

The film also stars Carry on Maratha fame Gashmeer Mahajan, Neha Mahajani and Sachit Patil along with Shanshank and Amruta. The story of the film revolves around these five characters and how they overcome their destiny. The film is produced by Kamal Nathani. The story has been penned by Divesh Nathani, screenplay is by Amol Shetge and cinematography is by Rupaang.

The music for this film has been given by Gaurav Dagavkar and lyrics are by Ashwini Shende.