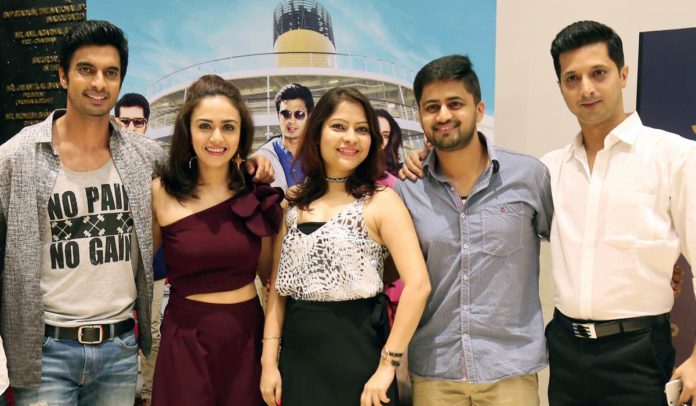 The much awaited movie about a luxurious cruise One Way Ticket is ready for 23 September release. The music release of this film was recently done at a star studded event. The film is a suspense thriller happening on a luxurious international cruise. It stars glamorous names like Sachit Patil, Amruta Khanvilkar, Gashmeer Mahajani, Shashank Ketkar and Neha Mahajan in lead roles. The film is directed by Kamal Nathani and Amol Shetge and producer is Komal Unawane.

The music has been composed by Gaurav Dagavkar while lyrics have been penned by Mandar Cholkar and Ashwini Shende. The film has five songs. A romantic track Befikar has been sung by Rohit Raut and Shrinidhi Ghatate. Reshmi Reshmi has been subng by Anandi Joshi and Gaurav Dagavkar. Other songs have been sung by Sawani Ravindra, Kshitij Wagh, Arunima Bhattacharya and Shifa Harees.

The story-screenplay and dialogues have been written by Amol SHetge. DOP is Rupang achary and art director is Swapnil Takle. The editors are Ashish Mhatre and Apoorva.

The film will be releasing on 23 September.