Marathi films are taking a step further in terms of content, budget and promotions. The latest film ready for release has not only experimented with the plot but also chosen some exotic locations. One way Ticket, a film directed by Amol Shetge and Kamal Nathani has been shot at picturesque locations of Italy, Spain and France. The film revolves around six strangers travelling on a luxury cruise in the Meditarrenian Sea. The film is a suspense thriller and the trailer gives enough glimpse of the thriller element.

The film stars Amruta Khanvilkar, Sachit Patil and Gashmeer Mahajani, Shashank Ketkar and Neha Mahajan in the lead roles. The trailer has been cut very sleekly and neatly. Amruta Khanvilkar looks very glamorous. Out of the three guys, Gashmeer (clean shaven and stylish) looks handsome. This will be Shashank’s first movie as an actor and he looks very sweet and confident. Sachit Patil will be seen in a different role and he suits the character perfectly. Neha looks adorable and cute.   The film also stars Roger Dcosta and Asha Shelar in important roles. 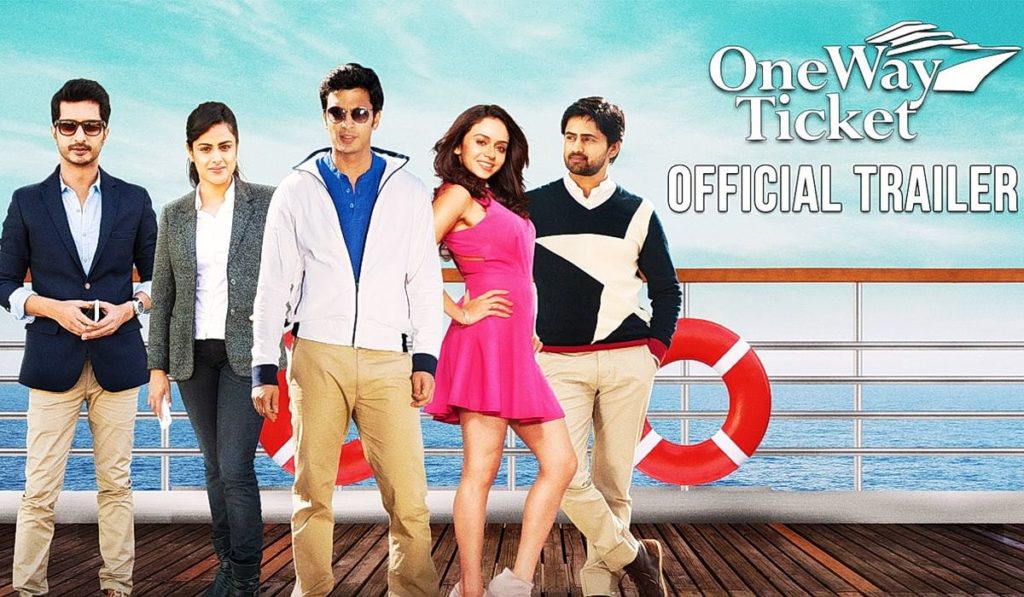 Music has been composed by Gaurav Dagavkar. The story-screenplay and dialogues have been written by Amol SHetge. DOP is Rupang Achary and art director is Swapnil Takle. The editors are Ashish Mhatre and Apoorva. Komal R Unawane has produced this mega budget film.

The film was supposed to release in the first week of June, however the film was postponed and now the new release date is 23 September for this film.