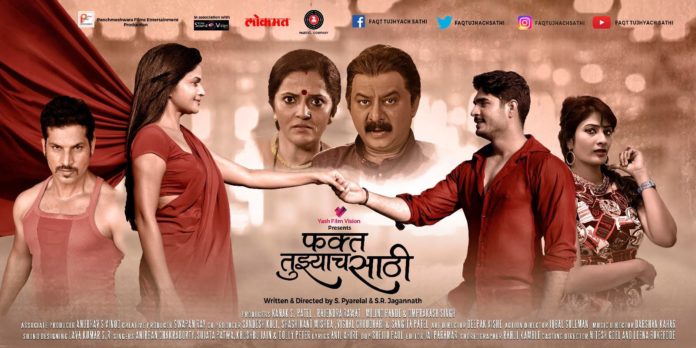 Synopsis : Arranged marriage has been an essential part of Indian culture since decades, but the thinking of today’s generation is quite different. Today, the youth is more attracted towards being in a live-in relationship.

Aditya Thakur (Yash Kapoor), the C.E.O. of a construction company has similar thinking. He falls in love with his colleague, Sonia (Leena), and soon they start living together.

The story takes a turn when Aditya’s father, Amarnath Thakur (Vilas Ujawane) comes to know about their relationship. Aditya is forced to marry a girl that his father approves of. After the marriage, Aditya brings Sheetal to Mumbai but doesn’t give her the position of his wife. Sheetal tries to win him over, but he only ends up brutally raping her. This causes a a break down and it affects Sheetal’s health enormously. They go see a doctor who asks Aditya to take her out for a change.

Another turn of events takes place when Bhaskar Shetty (Nafe Khan), abducts them and rapes Sheetal. After the unfortunate event, Sheetal asks Aditya to get Bhaskar arrested but Aditya refuses to do so. Instead, he opts for divorce. However, the law requires them to to stay together before a separation.

Staying home, Sheetal learns from her neighbour that extra-marital affairs are common in the city. Does she then go to Bhaskar? What happens when or if she does? Will Aditya accept her? Watch to find out.