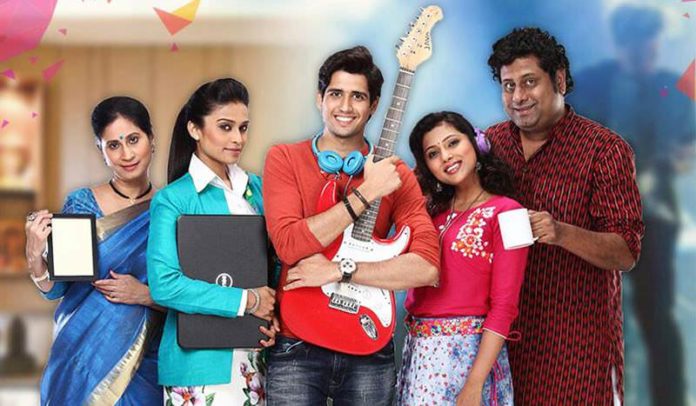 About Shrawanbaal Rockstar Serial :
Shrawanbaal rockstar is a tale of a youngster called Hrushikesh Tilgulkar, who wants to become a big music ditector. But, there is a big hurdle in his path of becoming a music director which is the distance between his parents. His mother Mrs. Anuradha & father Mr. Rajesh have part their ways because of music only. Since, His father has pursued his hobby of music and mother is totally against his love for music. And just then Hrushikesh grabs a job in a company. He stays in a company accommodation. He falls in love with a girl called Nitu who stays next to his place.

Nitu is a very bubbly girl by nature and loves to live in her dreams. She is in love with some R.J. Abhaas, whose show she listens to every night. And she has decided to marry Abhaas only.

On the other hand kamini who is Hrushi’s boss starts liking him. R.J. Abhaas is none other than Hrushikesh only. But he doesn’t tell this to Nitu. At one end, he wants to get his parents back together, so that he can pursue his dream of becoming a music director. On the other end he is totally stuck between Kamini and Nitu. Thus, this is a story of a boy who’s maintaining the balance between his duties and his interest.