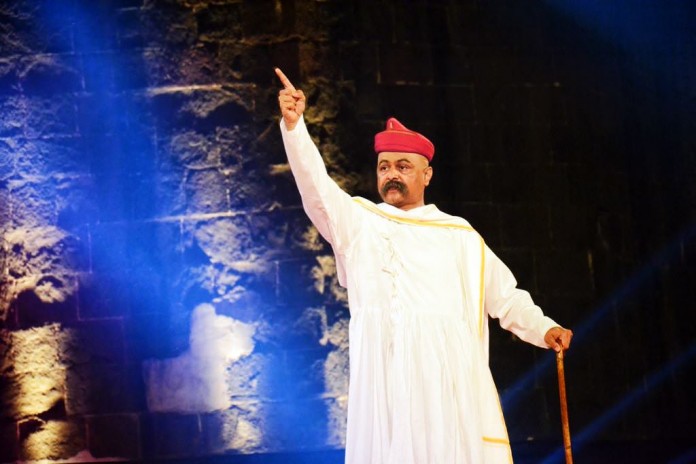 “Freedom is my birth-right” he roared from the Shaniwarvada. His voice carried the anger and resent of the entire Indian subcontinent. The Pune relived this moment once again as First look of the Marathi film “Lokmanya- EkYugpurush” was unveiled in a star-studded event. Subodh Bhave has enacted the role of this great freedom fighter and when he appeared on the stage, the entire public yelled “Lokmanyacha Vijay Aso” The Shaniwarwada became alive with memories of that bygone era.

For the event along with cast and crew of the film, Babasaheb Purandare, Deepak Tilak- great-grandson of Tilak, Nitin Keni from Essel Vision and other dignitaries were present.

The film is releasing on 2 January all over Maharashtra. The film is produced by Neena Raut films and presented by Essel Vision. The director of the film is Om Raut.

While speaking on this occasion Babasaheb Purandare said, “This is indeed a very proud moment for every one of us. He was the first revolutionary in India against British. I wish best of luck for this film.”

Subodh Bhave, who has earlier portrayed BalGandharv on celluloid is very contented to portray LokmanyaTilak. “It was Lokmanya who named Narayan Shreepad Rajhans as Bal Gandharv. I am very fortunate to be a part of this project. Credit for this role and its research goes to Om”