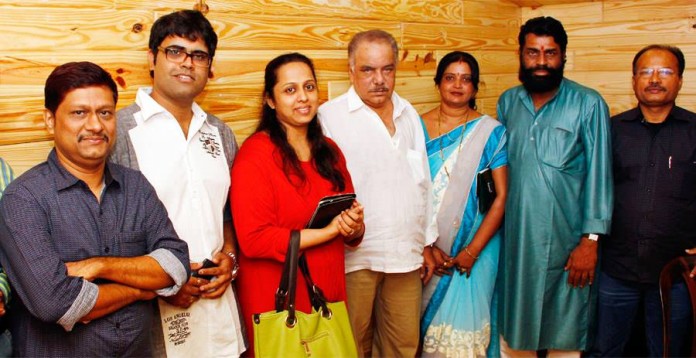 Raju Meshram will be directing Zari, a film based on Vidarbh people. The film is presented by Anil Gavande and produced by Radha Tukaram Bidkar and Kundan Dahake under banner of T.H. Films and Siddhivinayak Infomedia. Recently, a muhurt of this film was performed at a Song recording .

The story of the film revolves around Zari- a young girl who inspires her community to become more progressive and go ahead in the life. The story screenplay, dialogues has been written by the director Raju Meshram. The title role of Zari has been played by Namrata Gaikwad. Other starcast includes Milind Shinde, Aniket Kelkar, Anant Jog, Nagesh Bhosle, Kamlesh Sawant, Mohan Joshi, Tukaram Bidkar.

The shooting of Zari will start in Akola from January.