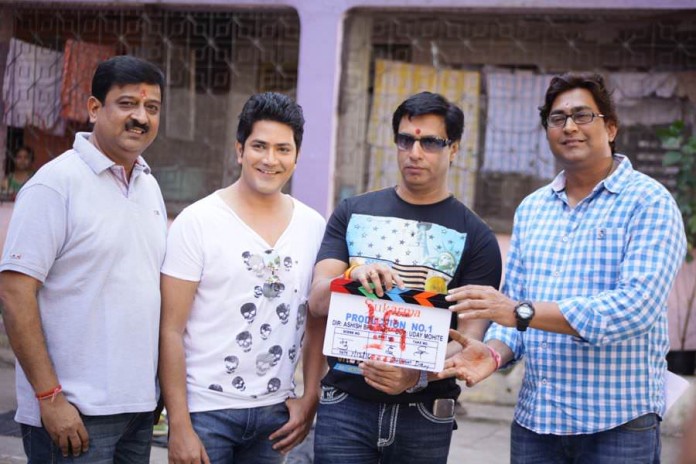 Speaking on this occasion, Madhur BHandarkar said that he is very fortunate. “I am directing the first scene of this wonderful film. I have always loved Marathi cinema. It is really commendable the way Marathi cinema is progressing in every field. I wish best of luck to the entire team of “Story Haay pan kharee haay”

This film is produced by Sanjay Mehta, who has earlier worked as Executive producer for Ramgopal Varma, Sudheer Mishra and Prabhudeva. The director, AhishBhelkar has been assistant director for films like Jail, Fashion, Page 3, Heroine.

Bhelkar said that though he has been assisting Bhandarkar for so many films in Hiindi, he always wanted to start his career as a director from a Marathi movie.

This will be a completely different role for Aniket Vishwasrao after Poshter Boyz. “This film is about love, and different shades of love. How love changes in various ages and situations is the crux of the film”

The film has five songs, and shooting for these songs will start very soon.