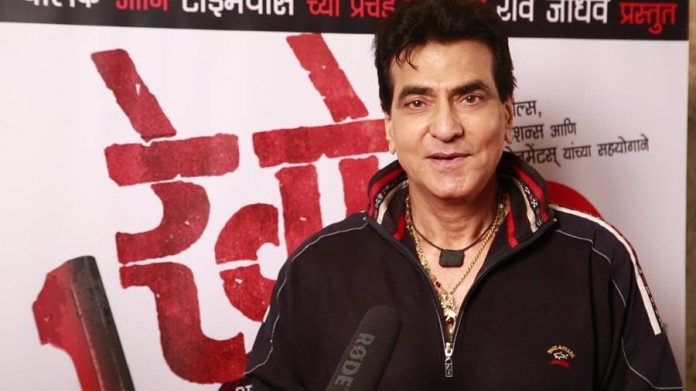 Veteren bollywood superstar Jeetendra was mighty impressed with Abhijit Panse’s directorial debut ‘Rege’ after he saw the film at a special screening at a suburban preview theater. “In spite of belonging to a genre which is done to death in Bollywood, ‘Rege’ which is the first Marathi movie to explore this theme has been successful to present the new facet of the subject. It is the most realistic film I have ever seen,’ said Jeetendra.

A special screening of ‘Rege’ was attended by many stalwarts from Hindi and Marathi film industry. Apart from Jeetendra, the screening saw the presense of one of the leading producers Ramesh Taurani, Sachin Pilgaonkar, Atul Kulkarni, Umesh Kulkarni, Sachin Kundalkar, Vikram Gaekwad, Chandrakant Kulkarni, Sanjay Jadhav, Ajinkya Deo, Ankush Chaudhari, Amruta Khanvilkar among others. Maharashtra Navnirman Sena chief Raj Thackerey and his wife Sharmila Thackerey were also present to give their best wishes to the entire ‘Rege’ team.

The film is based on notorious fake encounter which has seen many encounter specialists from Mumbai police force going behind bars. Some of them have even been convicted by a Mumbai court in a recent ruling. “The film has all real life experiences. I have even used real names like Pradeep Sharma, Sachin Waze or D.K. to give the film much required authenticity,” said Abhijit Panse.

‘Rege’ starring Mahesh Manjrekar, Pushkar Shrotri, Santosh Juvekar and debutant Aroh Velankar is written and directed by Abhijit Panse. Cinematography has been done by Mahesh Limaye, while background score has been composed by ‘Saawariya’ fame Monty Sharma. After the blockbuster success of ‘Balak-Palak’ and ‘Timepass’, Ravi Jadhav who is known as ‘the man with a midas touch’ is presenting ‘Rege’ which is releasing on 15th August.