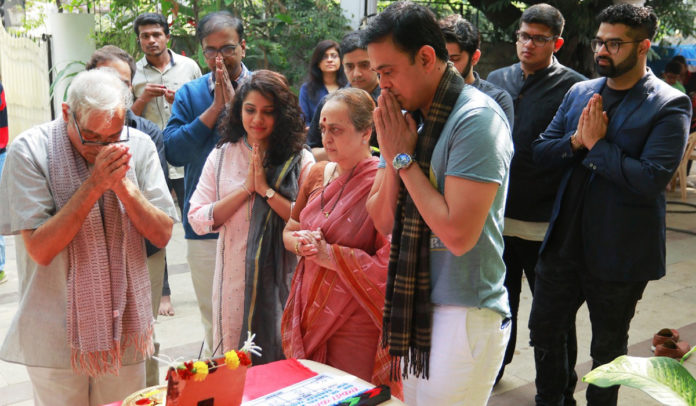 Leading music composer and singer Salil Kulkarni is known for his evergreen compositions of the songs. Going a step ahead he had ventured into direction through Marathi film Weddingcha Shinema last year. He had penned the story of the film too. The film was a big hit in India and abroad. After the grand success of the Weddingcha Shinema Dr Salil Kulkarni is all set for a new Marathi film. Ekada Kaay Zala is the new Marathi film announced under the directorial stint.

The first poster of the film Ekada Kaay Zala was released recently and got huge response on social media. It has aroused curiosity among the cinema lovers. The Muhurat ofFeatuthe film was held in Pune in a glittering event in the presence of Salil Kulkarni and actors in lead roles. Sumit Raghavan,Urmila Kothare, Dr Mohan Agashe, Suhas Joshi, Pushkar Shrotri, Rajesh Bhosale, Pratik Kolhe, Mukta Puntambekar, Akankshja Athalye, Ritesh Ohol, Arjun Purnapatre, Adwait Wakchoude, Adwait Dhulekar and Merwan Kale were among the actors who attended the Muhurat shot of the film. The film is slated to be released in 2020.
The film ‘Ekada Kaay Zala’ is established its uniqueness from the title and assures the filmgoers that they are going have a feast of a very emotive and new subject. The film is being produced by Siddharth Mahadevan, Saumil Shrungarpure and Saumendu Kuber under their banner Show Box Entertainment and Arundhati Datye, Anup Nimkar, Salil Kulkarni and Gajvadan Productions of Nitin Prakash Vaidya. Like his first film, Salil Kulkarni is in multiple roles of writer, director and music director in Ekada Kaay Zala too. In his Weddingcha Shinema, Salil had proved his mettle in all these three roles. 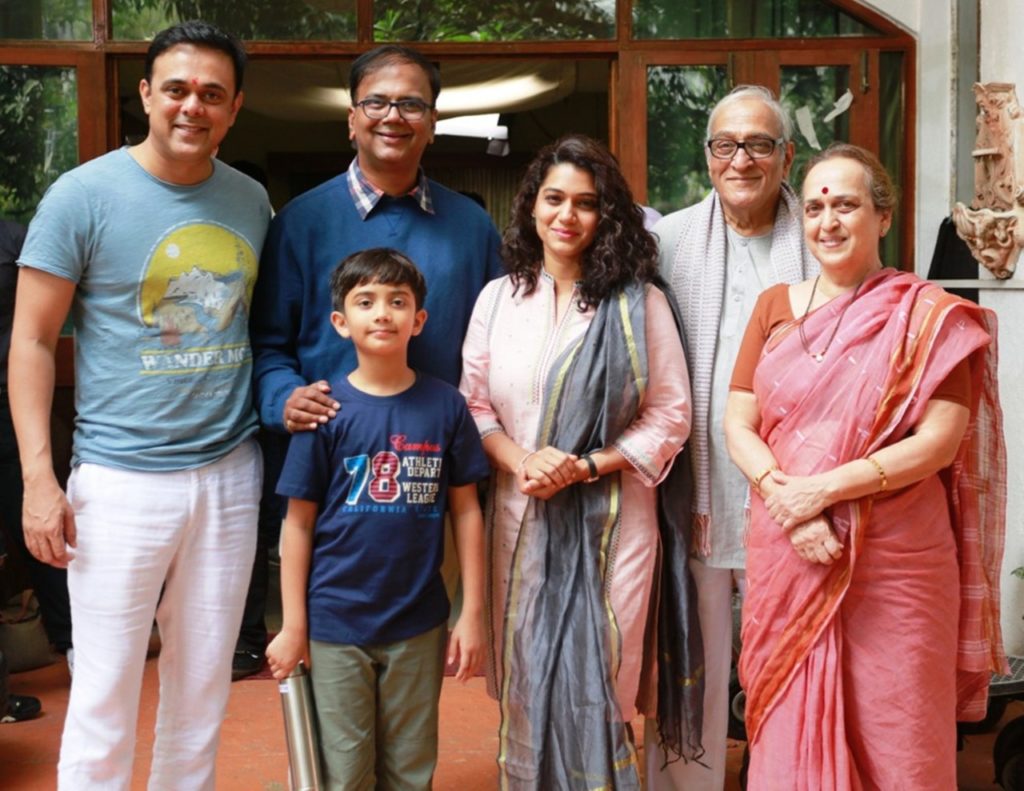 The poster of the film Ekada Kaay Zala release recently depicts the image of the child and a man. The film is based on the relationship of the father-son duo. Salil Kulkarni’s multi dimensional performance in his first film was appreciated by the critic and the audience alike. After having successfully ventured into director, writing, the Marathi film audience it eagerly waiting for the next film from Dr Salil Kulkarni.