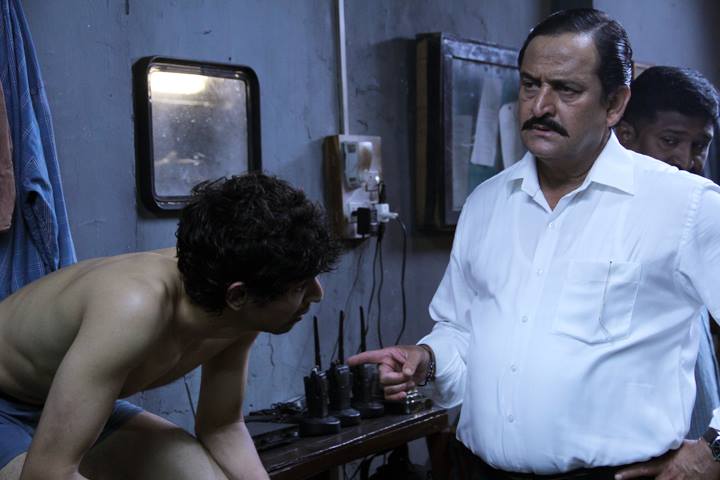 ‘Rege’, Written and directed by Abhijit Panse, was lauded by critics and audiences in MAMI Festival, is believed to be based on a notorious fake encounter which has seen many encounter specialists from Mumbai police force going behind bars. Some of them have even been convicted by a Mumbai court in a recent ruling.

After dabbling many years in politics, Initially as the president of ‘Bhartiy Vidyarthi Sena’ and then as the president of ‘Bhartiya Chitrapat Sena’, Abhijit Panse has turned director with his ambitious project ‘Rege’. Panse says, “The film has all real life experiences. I have even used real names like Pradeep Sharma, Sachin Waze or D.K. to give the film much required authenticity.”

He further adds, “The ‘police-underworld nexus’ or ‘encounter’ genre has been done to death, especially in bollywood with films like ‘Satya’and ‘Company’. Though these films are considered realistic, they are not. They glorify and stylize characters and events which take away the realistic quotient considerably. Having been familiar with the working of police department as well as underworld, I can confidently claim that you have never witnessed as realistic film as ‘Rege’ on Indian screens as far as this genre is concerned.”

‘Rege’ stars Mahesh Manjrekar, Pushkar Shrotri, Santosh Juvekar, Aaroh Velankar and many others with a sound theatre background in pivotal roles. Cinematography is by Mahesh Limaye, while background score has been composed by ‘Saawariya’ fame Monty Sharma.

‘Rege’ will now not only be screened at PIFF and IIFFSA, but is competing in both the festivals. (PIFF- in the Marathi Films’Competition and IIFFSA – Overall Indian Competition). At PIFF, ‘Rege’ will lock horns with films like Fandry, Tapaal, Astu, Naarbachi Wadi. PIFF will take place in Pune from 9-16 January, 2014.

After PIFF ‘Rege’ flies to South Africa to compete in the prestigious IIFFSA; a multi-city event, scheduled to be held in Pretoria, Cape Town, Durban and Johannesburg Jan 16-23, 2014.