Keshav (Dr. Amol Kolhe) acts in village tamashas much to the opposition of his father. This forces him to leave his house and migrate to Mumbai because acting in theatre means everything to him. Over there, he bumps into Dwarkanath (Mohan Joshi), the most famous make-up artist in Marathi theatre. Impressed by Keshav’s dedication and honesty, Dwarkanath not only offers him an odd job in his theatre group but also shelter at his residence.

Soon, Dwarkanath realizes Keshav’s excellent acting talent and helps him land the lead role of Karna in the play Shoor Karna. As time passes by, Keshav becomes a hugely successful theatre actor. But along with fame and success, pride and ego too take hold of him.

An unknown common man becoming a celebrity and then having a great fall is not a novel concept. But predictability is not the biggest problem with director Sanjiv Kolte’s Rangkarmi. It is the disappointing finale that overshadows a number of plus points the film offers. You personally feel bad to see this as the film is quite a good tribute to Marathi theatre artists and theatre lovers.

The trailer of the film is a giveaway. But even if you haven’t seen a single promo, you will realize the plot in the first few seconds. Thankfully, you won’t mind sitting through the predictability due to a sincere and smart narration of Keshav’s journey from an unknown villager to a superstar. This ensures a number of smile-producing moments in the first half. Plus, the working style and the behind-the-scenes of a theatre group are presented realistically. In various ways, they have paid homage to the art of theatre. 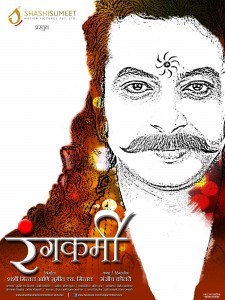 Naturally, due to the developments, the second half isn’t as engaging, although your interest isn’t hampered. However, the pre-climax and the climax turn out to be highly disappointing. Even after the defining moment in the climax, the film keeps moving aimlessly just to dish out another disappointment right before the ending credits. (It is not possible to explain further to avoid spoilers.) The conclusion also makes you wonder at the aim of the makers. So much to give a message that success shouldn’t enter your head?

Pravin Kunvar composed songs are impressive and they suit the situations perfectly. Cinematographer Santosh Sindhe has captured even the simplest of scenes in an artistic manner. The background score is average and the editing is as per the need.

Dr. Amol Kolhe lives the character of Keshav perfectly through an act that is heartwarming. He also handles the transformation part well. As expected from a veteran artist, Mohan Joshi gives an earnest and honest performance. Sheetal Dabholkar and Prafull Samant play their respective characters well while Sharmishtha Raut is decent.

Rangkarmi offers a good tribute to Marathi theatre but the film falters due to the concluding parts. It has a bleak chance at the box office. 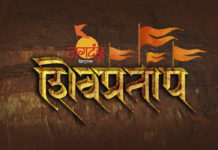