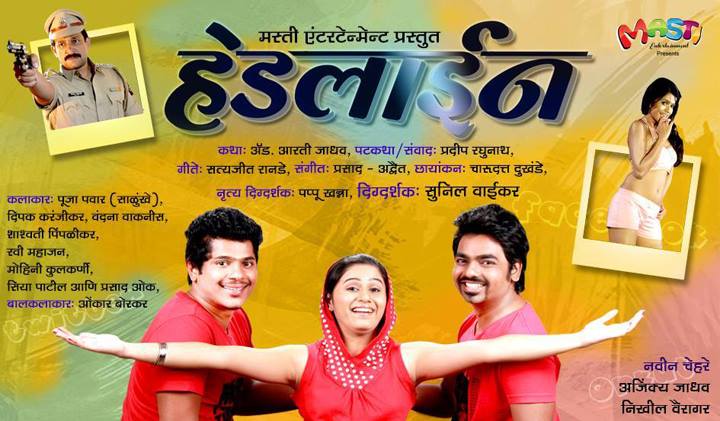 Social networking sites  offer today’s youth a portal for entertainment and communication and have grown exponentially in recent years. Facebook and Whats App are  household word and  we can see how teenagers around us are glued to their mobile and PCs.

As if parents did not already have enough to worry about,rave parties are being advertised using social networking sites.

It is important that parents become aware of the nature of social media sites, given that not all of them are healthy environments for children.

The  Marathi Movie ‘Headline’ is based on this sensitive issue  and portrays how parents and police are baffled seeing  teenagers caught in rave party.  Ajinkya Jadhav & Nikhil Wairagar young & promising actors from Pune are making their debut in this movie . The starcast includes Prasad Oak , Shashwati pimplikar from Balak palak, Puja pawar & vandana vaknis and an item song is featured on Siya Patil.Ths movie has been shot in Lavasa , Pancard club in Pune.

Headline is a entertaining movie and will appeal teenagers as well as their parents .It is releasing on on  28 feb all over Maharashtra