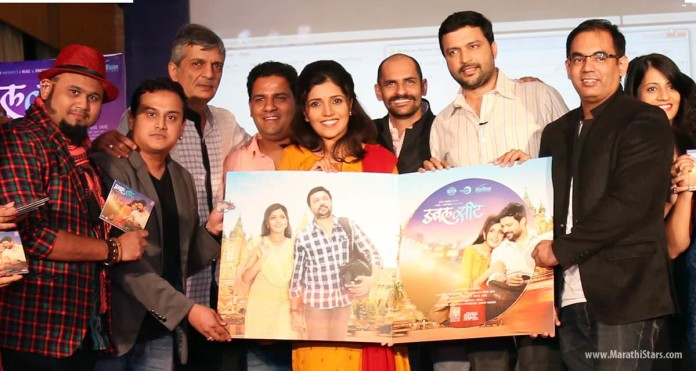 Music for the most awaited love story of year “Double Seat” was launched recently in Mumbai. The film stars Mukta Barve and Ankush Chaudhary in the roles of newly married couple struggling to get a roof in the hustling Mumbai city. The film is directed by Sameer Vidvans.

Apart from Mukta and Ankush, the film also stars Vidyadhar Joshi, Vandana Gupte, Shubhankar Tawde, Sandeep Pathak, Asawari Joshi and Pushkar Shrotri. Story and screenplay are written by Kshitij Patwardhan and sameer Vidvans. Editing is by Charushree Roy and art direction is by Siddharth Tatuskar. Cinematography is by Arjun Sorte.

The film releases on 14 August all over Maharashtra.