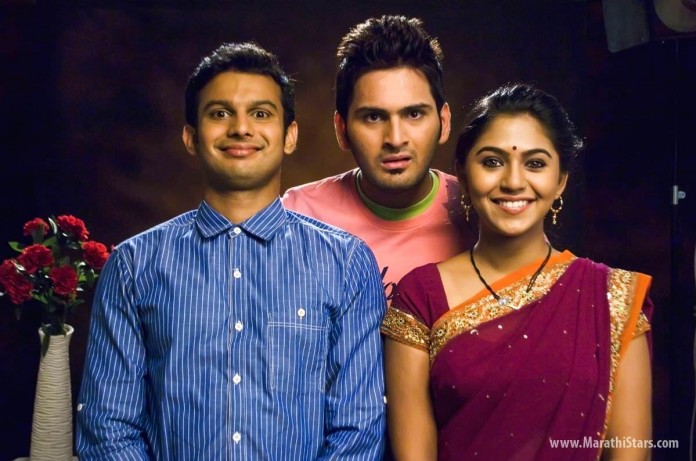 The writer director who makes films with different subjects Sharbani Deodhar presents her new film ‘Sata Lota Pan Sagla Khota’ is all set for a grand release. Her film with Veterans like Dilip Prabhavalkar and Yashwant Dutt called ‘SarkarNaama’ was universally acclaimed. Then she made youth oriented ‘Lapandav’ and ‘Lekru’ which were well received too,  along with a Hindi film ‘Silsila Pyaar Kaa’ brings one more youth oriented film ‘Sata Lota Pan Sagla Khota‘.

To present a subject with differently nuanced shades and in an entertaining way is the forte of director writer Sharbani Deodhar and her forthcoming film ‘Sata Lota Pan Sagla Khota’ is no exception . Speaking about her film Sharbani says, ” I always want to make films on different subjects but most of them are tried and tested and I was thinking what new to present and then I decided to make a youth oriented film and the idea got really to me and I finalized my subject. The youth of today is over smart and they have an answer for everything and no doubt they are brilliant and talented and wants to make quick money and success and wants to take shortcuts at everything . But they have no thoughts for the future and want to enjoy the present and they don’t plan the future . This attitude surprises me a lot. That’s why I decided to make a film on this subject. It amazes me as to how easily they lie about important things and that’s why they have to face complicated situations and when they face such situations it is inadvertently the values that have been instilled in them by their parents which come to help them. I have made this clean entertainer precisely to present this point. But in a way that the audiences will enjoy in a clean and without vulgar comedy. 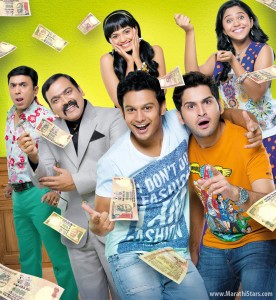 The contribution of Sharbani’s late cinematographer director husband Debu Deodhar is huge and she says though he has passed away his presence looms large in my life and I could complete this film only with his backing. And today wherever he is and I am definitely sure that he will be watching and will be pleased to see the outcome of our film and I say our because Sai Deodhar Anand too has contributed a lot to my film as an executive producer and was meticulous about the whole shoot and shooting the right scenes in detail without any gaffes about the right location, or continuity, or costumes, etc without interfering in my work. And that made my job very easy.

This Moving Pictures Productions stars Adinath Kothare, Siddharth Chandekar, Mrunmayee Deshpande, Pooja Sawant, Makarand Anaspure, Pushkar Shrotri , etc and Sharbani is full of praise for the entire cast . She says, ” The cast has completely done justice to their characters and every character fits the bill in the film.which does justice to the film also.. There is the youthful pair of Adinath and Siddharth and the veteran pair of Pushkar and Makarand and the female pair of Mrunmayee and Puja which makes a different chemistry for the lead characters in the film. Nagesh Bhosle plays the villain in the film albeit a funny villain who will make the audiences laugh and Nishigandha Wad plays the mother to Adinath and sister to Makarand Anaspure. The totality of the chemistry in the film will appeal to the audiences and will also make them look within and think..

The film releases all over Maharashtra on June 5 and is co-produced by Thought Train Productions along with co-producers Sai Shakti Anand and Shakti Anand and the story of the film is by the director Sharvani herself with screen play and dialogues by Shirish Latkar. The Lyrics are By Shrirang Godbole and the music is by Siddharth Mahadevan and Saumil Shringarpure. The realistic cinematography is by the famed DOP Rahul Jadhav.