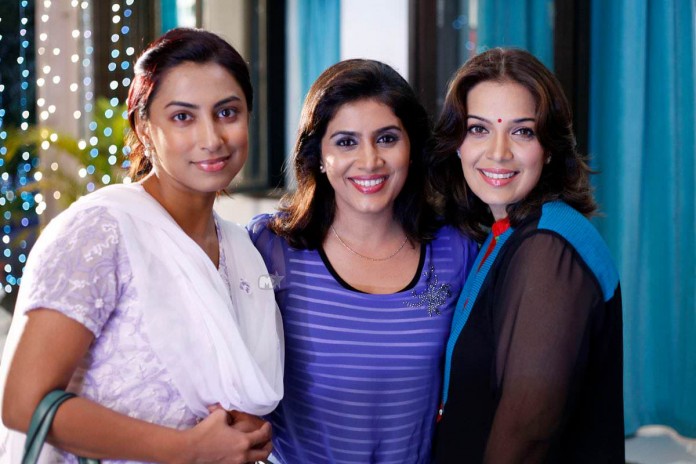 Sonali Bangera is one of the latest entrants in the buzzing Marathifilmworld and she is all set to wow the audiences with her romantic comedy ‘SUGAR SALT ANI PREM‘. We spoke to Sonali about her new film and this is what she told us.

How did this concept of making a film come to you?

I was always inclined towards creative writing and I wrote this script about three loving couples and approached a few people with my script and luckily they liked it and finally my producer Mr.Abhishek Jaokar agreed to produce it even though I was new and had no prior experience.

Did you have any technical experience of shooting a film?

Not at all. Absolutely none but the credit goes to my entire technical crew and the shooting crew who made my dream possible.

It’s about three men and three women who are in a relationship and this story is basically of three girl characters and the men who come in their lives.

How did you go about casting for the film?

I had to get the actors I envisaged for the roles and so I was hell bent on talking actors who I thought fitted the roles like Ajinkya Dev and Sonali Kulkarni Senior and they were kind enough to work with me. Also I was fortunate to have talented actors like Prasad Oak, Shilpa Tulaskar, Kranti Redkar, Sameer Dharmadhikari,etc.

Is it difficult for a woman director to make her debut film?

Not at all. There are so many successful women directors today and also films with female protagonists that are becoming successful in