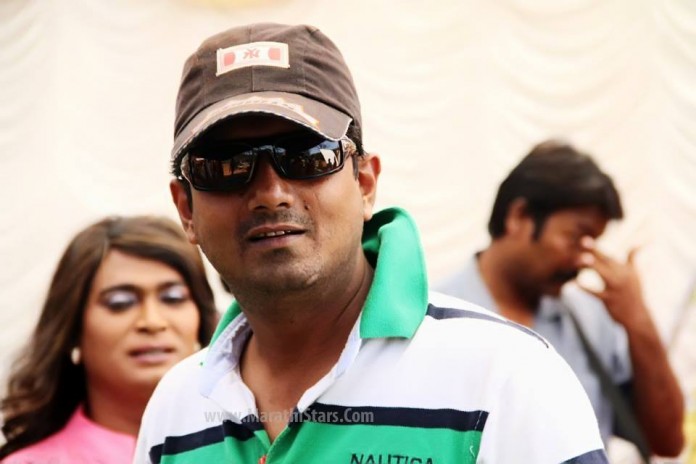 Dagdi Chawl is one of the most iconic buildings in Mumbai, not famous for its architecture or grandeur, but for its residents. A film on the same title is ready for release starring Makrand Deshpande, Ankush Chaudhari, Kamlesh Sawant and Pooja Sawant. The film is directed by Chandrakant Kanse.

The director spoke about his new film and how he became director:

Tell us about your film, Dagdi Chawl:

The film talks about 1995-96 gang war. Yet, it has a nice love story woven around it. A common youth gets attracted to the world of criminals. How his life changes from that point onwards, how his love gets affected is the basic crux of the film. The film has only two songs, one devotional and another romantic song.

How this chance did come to you?

Tell us more about your career?

Sanjay Jadhav and Rajesh Deshpande are my mentors in this industry. I was fond of acting since childhood. I started as an television actor. I also did theatre with “Sar Aale Dhaavoon”, “Yada Kadachit” “Aata Houn Jaaoo dyaa” Meanwhile, along with acting I became more interested with direction and started assisting on serial “Gangubai Non-Metric”. Afterwards, I started directing daily soaps “Ajunahee Chaandrat aahe”, “1760 Saasubai,” “Aabhaas ha” etc.

The cinematography of this film has been done by Aniket Khandagale, Art direction by Manohar Patil, Music by Amit Raj. Lyrics are by Mandar Cholkar. The film is written by Ajay Tamhane and Pravin Kamle. Suresh Sawant and Amol Kale have produced this action packed love story.

The film is slated to release all over Maharashtra very soon.