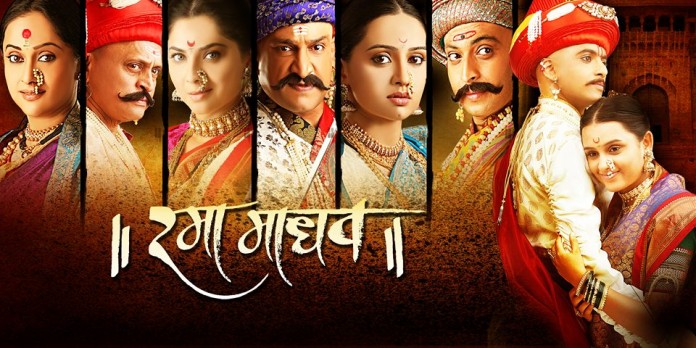 A bubbly and naughty Rama (Shruti Kalselar and later Parna Pethe) hailing from a middle-class background is married to Madhavrao Peshwa (Alok Rajwade), the prince of the royal Peshwa dynasty, during her childhood. As the two grow up, the political scenario lands the couple in some serious challenges that also affect their personal life. Madhavrao’s evil and scheming uncle Raghunathrao (Prasad Oak) makes things worse.

The mention of the word ‘Peshwa’ instantly brings to our mind the glory of the Maratha Empire and the fearless battles of honor the Peshwas fought and won with style. But amidst such acts of bravery and fearlessness, the era also saw an episode of pure selfless love that is successfully portrayed in Mrinal Kulkarni’s Rama Madhav.

The film takes the viewer back to the bygone era very successfully through some convincing set and costume designing (Poornima Oak) and finely sketched characters. But, obviously, the bigger reason why the film works is the honest approach while presenting a lesser known story.

This happens due to two reasons. Firstly, to see the spirit of the Peshwas in terms of the administration of the state and bravery in wars is sheer delight! Secondly, the love track between Rama and Madhav is smartly interwoven in between various political issues. The writers have also made sure the proceedings don’t become depressing even during tragic situations.

The only big problem here is the length of 147 minutes. There are times in the second half when the narrative loses the grip it had provided earlier. It is also unlikely for people of today’s era to accept the regressive-ness of that era, especially during the starting moments.

Rajiv Jain’s excellent camerawork adds more delight. You just can’t fail to notice the artistic touch in almost every frame, mostly during the scenes inside Shanwar Wada. Anand Modak, who passed away earlier this year, composed tunes are melodious and they go well with the genre. The Ganpati aarti song, ‘Loot Liyo’ and ‘Swapnihi Navhte Disle’ stand out. 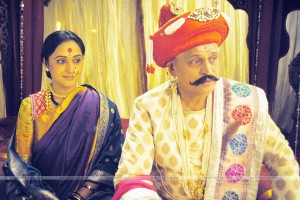 Such a film needs to score high in performances and that is exactly what is provided by the actors. Parna Pethe is thoroughly convincing as the elder Rama. Shruti Kalsekar, as the younger one, is super cute. She displays great acting skills too. Alok Rajwade, as Madhavrao, shines with a thoroughly dedicated act.

Prasad Oak gets into the skin of the antagonist Raghunathrao with ease. Mrinal Kulkarni displays her utmost mature skills while playing Gopikabai. Ravindra Mankani and Dr. Amol Kolhe make sure they perfectly suit Nanasaheb and Sadashivrao. Sonalee Kulkarni and Shruti Marathe provide decent support as Anandibai and Parvatibai.

Rama Madhav is an honest effort that deserves to be seen. The film needs rapid word-of-mouth to have a big impact at the box office.