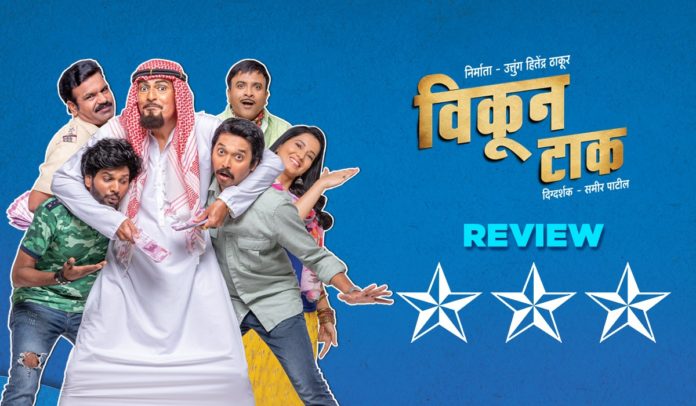 Viewpoint: Director Sameer Patil of ‘Poshter Boyz’, ‘Poshter Girl’ & ‘Shentimental’ fame has a habit of tickling us and pinching us both at same time through his issue based social comedies. In his newest film ‘Vikun Taak’ he again succeeds in doing the same though the issue feels a bit forced in the end of the film, and film’s plot jumbles itself up also by the end. Yet the overall experience of watching the film remains pleasant.

Final Verdict: ‘Vikun Taak’ is a fun film overall that is well acted and directed and give us a good light feeling that lasts at least a day but it’s very doubtful whether it will have any repeat watchable value or not?