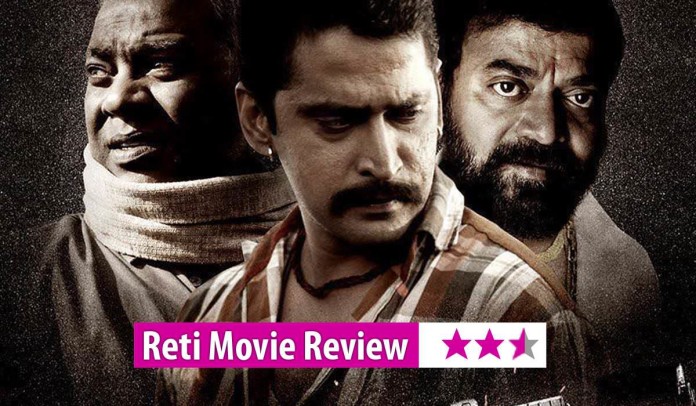 Reti has a rather interesting subject- Sand Mafia. A hitherto unexplored world in cinema, sand mafia are rampant in Maharashtra and other coastal regions of the country. With the construction boom in the urban areas the demand for sand also rose and that gave a push to the flourishing trade of the sand mafia. The film attempts to gives us a peek into this world most urban dwellers are unaware of, despite the urban real estate boom itself being one of the major reasons for the trade.

The film has three main characters Gajanan Mhatre (Shashank Shende), Kisan (Kishore Kadam) and Shankrya (Chinmay Mandlekar). Gajanan Mhatre is the king pin who has controlled the sand mafia for many years. Kisan, his associate, holds the ambition to take over the business from him. Shankyra is ready to help Kisan in his endeavor and they plot a vicious plan to snatch the business from Mhatre. The film then goes on to show how this sinister plan is executed. 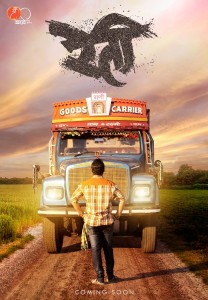 The film tries to throw light on the nitty-gritties of the illegal business; victimised villagers, environmentalists, builders, politicians etc. all are dealt with. Now, such complex films that explore a crime syndicate have become popular in the recent past with Syriana and Traffic in the West and Gangs of Wasseypur closer home. However, Reti doesn’t seem to care too much about these widely acclaimed films as the story is given a very typical treatment and ends up being a typical filmy Indian film.

One wonders the need to add romantic songs in a film like Reti. You have a fairly interesting and fresh subjects in your hands, why break the tension with songs. It gives you the feeling that the makers have either succumbed to market pressures or don’t have enough faith in the subject matter.The dialogues are usually filmy and the action sequences typical. Despite having very capable actors, none of the actors in the film make any impact.

An unexplored subject is given a run-of-the-mill treatment. A rather novel and relevant subject is wasted.