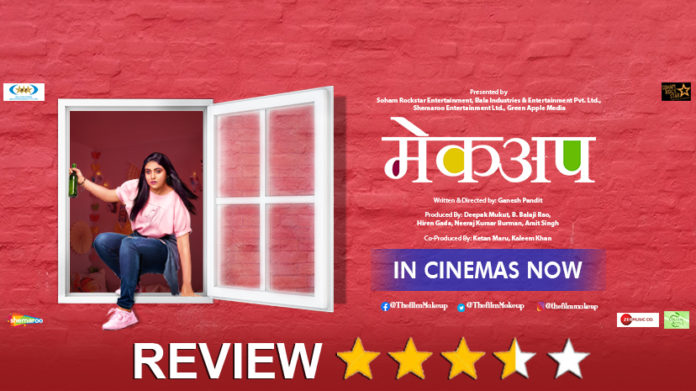 Viewpoint: Rinku Rajguru’s third outing in Marathi cinema, ‘Makeup’ turns out be problematic in terms of her performance but overall the film succeeds because it defies stereotypes and avoids usual sentimental melodrama! The two halves of the film though distinctly different in terms of plot and tone, they compliment each other well and give us a strangely unique mainstream entertainer!

Final Verdict: ‘Makeup’ is a film about which we can’t really be general in terms of whether all kinds of audiences would be able to enjoy it or not. But certainly if an audience is open minded enough to consume content that defies their expectations and presents a confusing but lifelike tale of love, romance & relationships, ‘Makeup’ can work for them!