Director of ‘Shwas’ has returned to Marathi cinema after a gap of almost one & half decade. And this time too he has a treat for film lovers. ‘Nadi Vahate’ is a beautiful example of how little stories on paper can be brought into life. Though the film is brilliantly shot, edited & recorded, the strongest suite of this film is in fact acting!

What happens when we see familiar faces in a film, those faces come with a baggage & many a times we see that baggage overpowering the lives of those characters, & then consequently affecting the lives of those stories. Nadi Vahate succeeds so fantastically with its casting. None of the actors are seen in the mainstream hence the audiences too can watch them without any preconceived notions. All of them simply don’t seem to act, they are so organically put into this little world by director Sandeep Sawant. 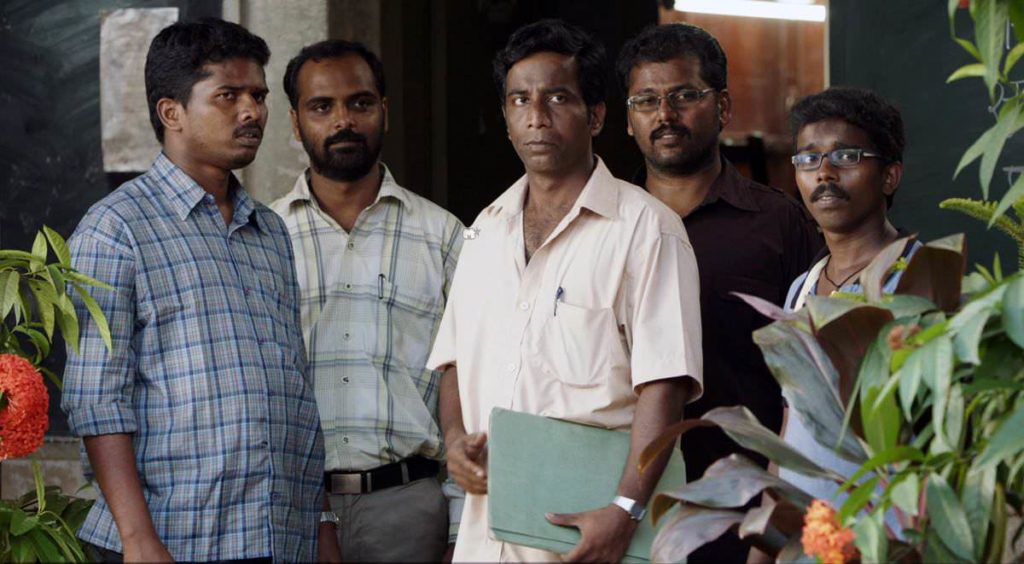 Nadi Vahate is concerned with a very specific issue (of protecting our rivers) when looked on the surface, but in a larger perspective it in fact says something very universal & broader in spectrum, one that say a film like ‘Swades’ told before. ‘Swades’ had a hero, heroine, & another emotional context to it. ‘Nadi Vahate’ avoids all of it & succeeds in doing so without much hype. There isn’t even a conventional protagonist here! The film very consciously avoids extremities with the way it deals with the issue. There’s a business tycoon (played with meticulous perfection by Shivkumar Subramanium) who wishes to build a resort in this village & a group of villagers are trying to put forth their perspective in front of him. There was so much scope for conventional treatment to many such scenes. Instead ‘Nadi Vahate’ presents a no-nonsense, unbiased take in such situations.

There’s a character named ‘Akash’ (Abhishek Anand) son of ‘Appa’ (Jayant Gadekar) an important man in the village, who was working in an IT company in Mumbai & is supposedly home for vacations. There’s an important scene around the end of the film where his fellow villager ‘Anagha’ (Poonam Shetgaonkar) tells him to keep clicking photos if he can’t help them in their work. Appa is trying to stick his son in the company that has arrived in the village for the ‘project’. ‘Akash’ however is uncertain about everything, at one point he would be sure about his path. Amongst the group who are working towards saving their river, everyone has decided to live their lives in their village, though being educated. They are happy with their little businesses like poultry. 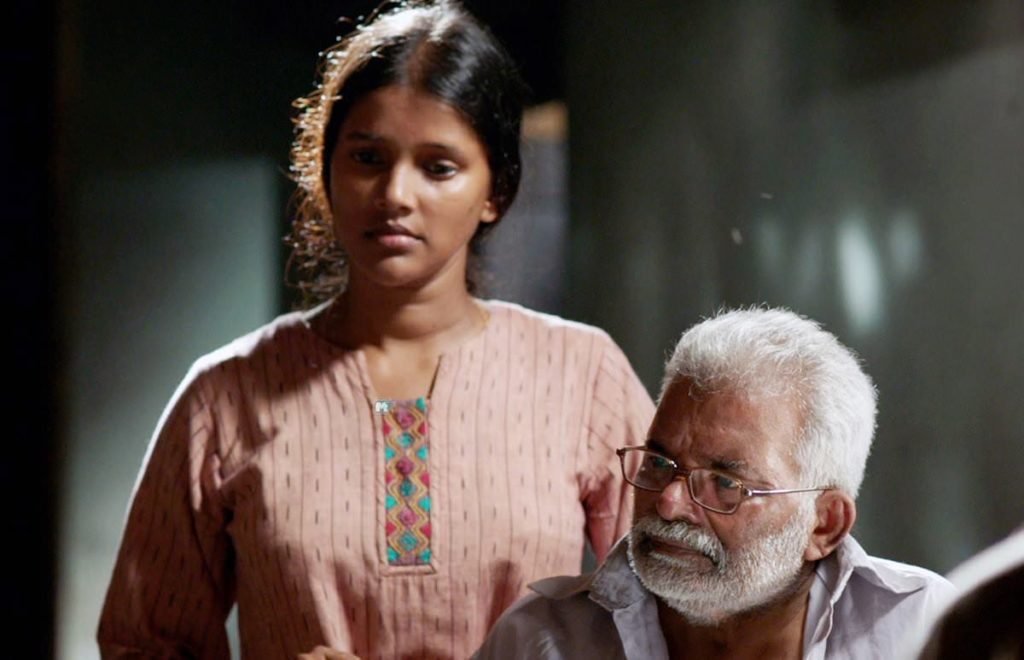 Another gem of a scene is when they start meeting people in nearby villages through which the river flows. There’s a festival in that village temple & the villager describes it as an age old custom of their village. Quickly someone from the group puts forth the idea that wasn’t farming a custom too in our villages? At least to cultivate as much we need. Many villages in Konkan today are not different than this.

The importance of ‘Nadi Vahate’ in another important context can also be considered. Today times are such that violence is an easy way to put forth your beliefs or to disregard other’s beliefs. This film believes in not taking up extreme inclinations. It is also evident in the treatment of this subject, & it might make this film appear like a documentary to some. Even if it does feel like a documentary at some point, it serves the purpose of understanding the ecological message of the film.

Is Nadi Vahate for everyone? The answer is tricky! But let’s say it is definitely for those who love to see reality in its purest form on the big screen. Sandeep Sawant has made an important film that takes forward from where he left after ‘Shwas’!