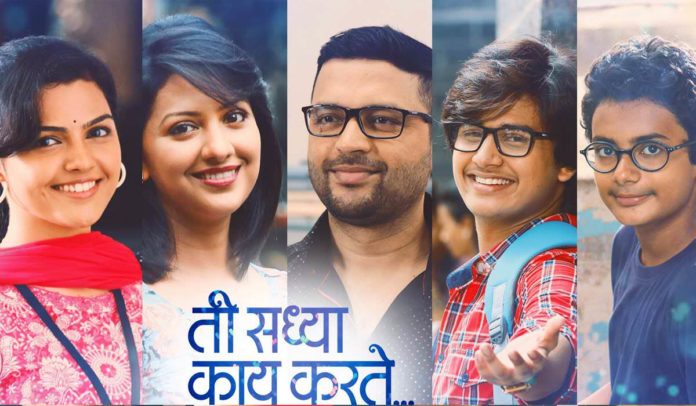 2017 started with a beautiful romantic note for Marathi film industry with Satish Rajwade’s ‘Ti Saddhya Kay Karte. The audience has showered immense amount of love on this film. In the opening weekend it earned over 6 Crores & now the number has increased to 15 Crores & more. Well, it’s not just about the numbers but the sheer love it has gathered from audience around the world is simply heart-warming.

In this video you can see how Marathi stars from Sachin Pilgaonkar to Ashok Saraf, Pushkar Shrotri, Shreyas Talpade, Aditya Kothare, Jitendra Joshi, Supriya Pilagaonkar, Amruta Subhash& filmmakers like Ravi Jadhav, Sanjay Jadhav, Purushottam Berde & Hindi stars like Johnny Lever all have simply loved this film. All these artists are genuinely praising this beautiful film from the bottom of their hearts.

‘Ti Saddhya Kay Karte’ also owes its success to the Zee Studios team which has marketed this film so well & has made the Marathi film industry proud.