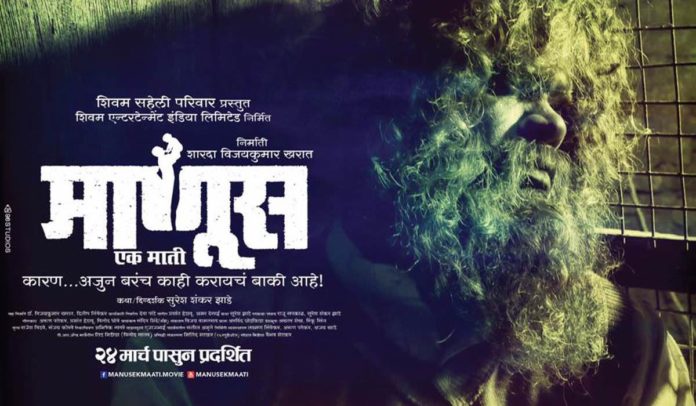 From the poster we can make out that Siddhu is essaying an old man in this serious looking film. Along with Siddhu the film also stars Ruchita Jadhav, Ganesh Yadav, Swapnil Rasekar, Vilas Ujawne & Harsha Gupte. The logo of the film depicts a man with his child. It suggests that this film would be based on father-child relationship. The tagline of this film “Karan..Ajun Barach Kahi Karaycha baki Ahe” is extremely intriguing & suggests that Siddhu’s character will be a person who does something visionary or important in the story of this film.

‘Manus Ek Maati’ is presented by ‘Shivam Saheli Pariwar’ & is produced under the banner ‘Shivam Entertainment India Ltd’ by Sharda Vijaykumar Kharat. Suresh Shankar Zade is the director of this film & the promotion of this film has commenced from 26th Jan on the occasion of Republic Day. ‘Manus Ek Mati’ is all set to hit the theatres from 24th March.