After Bollywood films based on the lives of Haji Mastan, Dawood & Vardarajan now Marathi cinema too gets the first real life gangster film. Rhythm Movies presents in association with Mudita Films ‘Rajan’ is written & directed by Bharat Sunanda. The film is based on the life of underworld gangster Chota Rajan. This will surely be one new ‘thrilling’ experience for the Marathi audiences.

Most importantly since ChotaRajan is still alive, it will be one brave attempt for the actor who portrays his role in the film. The name of the actor playing Rajan has been kept under wraps as of now. The writer-director of ‘Rajan’ Bharat Sunanda stresses that the film follows a man who wishes to achieve big things in life but slowly & steadily that person follows the wrong path which results into many dramatic situations which has been converted into the screenplay of this film.

The film has been produced by Rahul Satdive, Darshana Bhandge, Dipti Shripat & has co-produced by Kalyan Kadam, Dhanush Khandare, Hemant Patil. ‘Rajan’ definitely seems to be the film that might give new birth to the crime genre films in Marathi! 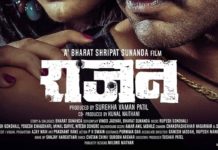 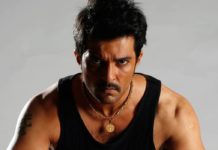 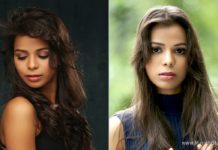 Durga Patil to star in Rajan